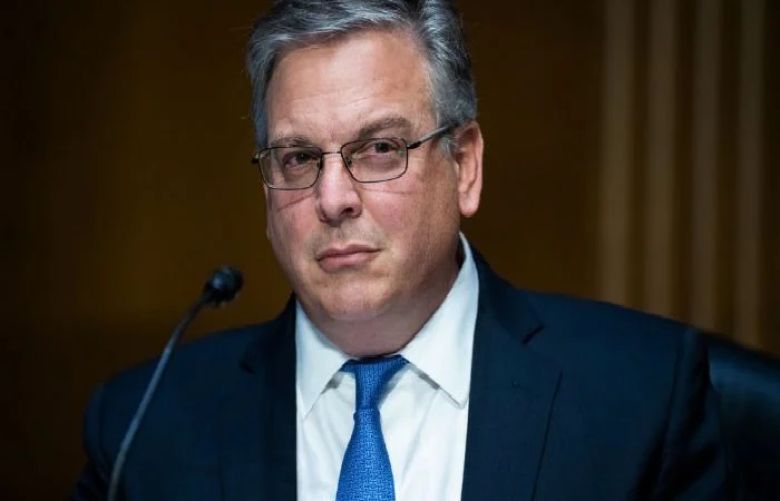 After former Prime Minister Imran Khan claimed he was deposed due to a US-led coup and launched a statewide campaign, the new US ambassador to Pakistan, Donald Blome, signalled Washington's willingness to move on from the regime change debate by convening a strong two-way dialogue.

Blome said US is willing to engage in a robust two-way dialogue with Pakistan's government, political parties, and civil society.

Former PM Imran Khan had launched a statewide campaign asking for "freedom" from foreign powers' enslavement. As a result, rising anti-American sentiment emerged as the single most serious impediment to Washington's ability to achieve its foreign policy goals in Pakistan.

In an interview, Ambassador Blome reaffirmed the rejection of Khan's "regime change" claim, saying Washington was "quite clear" about it.

"However, I believe that the best thing we can do in the future is to continue interacting at all levels of Pakistani society, as we have done for the past 75 years!" he said. He went on to say that the involvement would not be restricted to government officials, but also include political leaders, corporate leaders, civil society, and youth.

As part of this two-way dialogue, he said he will "listen to and understand" what's going on here, "transfer that understanding" to Washington, and share US "ideas and perspectives as plainly and transparently as possible" with audiences here.

He added that beyond the polarisation in internal politics over US relations, Islamabad's new government has always been ready to revive bilateral ties. The first chance presented itself in the form of Secretary of State Antony Blinken's invitation to Foreign Minister Bilawal Bhutto-Zardari to attend a United Nations food security summit.

Bilawal and Blinken also met on the margins of the New York conference on May 18, the first high-level face-to-face communication between the two sides in months.

Ambassador Blome said that "a number of follow-ups" were being planned based on what the two foreign ministers said was on the agenda for their meeting.

"I'll do some of that here," he said, "and I expect we'll see a variety of US visitors to Pakistan in the coming months to expand on it."

The US and Pakistan are getting ready to start discussion on the health sector in Washington. This seems to be a step toward resuming formal bilateral talks that have been put on hold for a long time.

The envoy cited the two countries' "partnership" in combating the global COVID-19 outbreak as an example of health collaboration.

To help Pakistan fight the pandemic, the US has given it more than 61 million doses of COVID vaccine, $69 million in money, and $9 million in other kinds of help.

"We can build on this effort not only in terms of support but also in terms of expanding private sector collaborations in the health sector," the ambassador told the publication.

At that point, Ambassador Blome stated that he was "dedicated to fostering further development of our bilateral trade and investment," similar to the emphasis on investment and trade during the foreign ministers' meeting. He says that health, climate, and education are other areas where cooperation could be improved.

Ambassador Blome, the first full-time American’s ambassador in Islamabad in nearly four years, took over his post at a time when Afghanistan appears to be no longer a dominant issue in bilateral relations, following last year's withdrawal of US forces from the country at the end of a 20-year war, the longest in American history.

He stated that for some time to come, counterterrorism collaboration will continue to be a distinguishing element of the US-Pakistan partnership.

At the same time, Ambassador Blome stated that the United States seeks a "strong collaboration with Pakistan on counterterrorism" and that Islamabad should take "sustained" and indiscriminate action against all militant and terrorist groups.

The ambassador was asked directly if the US and Pakistan were talking about moving drone bases closer to Afghanistan as part of their efforts to work together more on fighting terrorism, but he didn't answer.

"The United States is dedicated to preventing terrorist threats from resurfacing, whether in Afghanistan or elsewhere." Terrorism is a global problem that requires a worldwide response. "We will continue to engage partners, friends, and critical states throughout the world on how to best confront terrorism," he said, citing President Joe Biden's remarks about developing capabilities and deploying forces in the region to prevent terrorists from reappearing from the horizon.

The ambassador said the US would work with Pakistan to "press the Taliban to prevent terrorist groups from using Afghanistan as a base for external operations and to meet the international community's expectations, including pressing the Taliban to adhere to their counterterrorism commitments, form an inclusive government, and protect women and girls' rights."

Pakistan's "ongoing efforts in fighting the financing of terrorism and prioritising anti-money laundering measures" were also praised by Ambassador Blome in an interview.

His comments came ahead of the Financial Action Task Force plenary meeting today (June 14) in Berlin. Pakistan, which has been on the global illicit finance watchdog's 'grey list' since June 2018, will have its progress assessed.