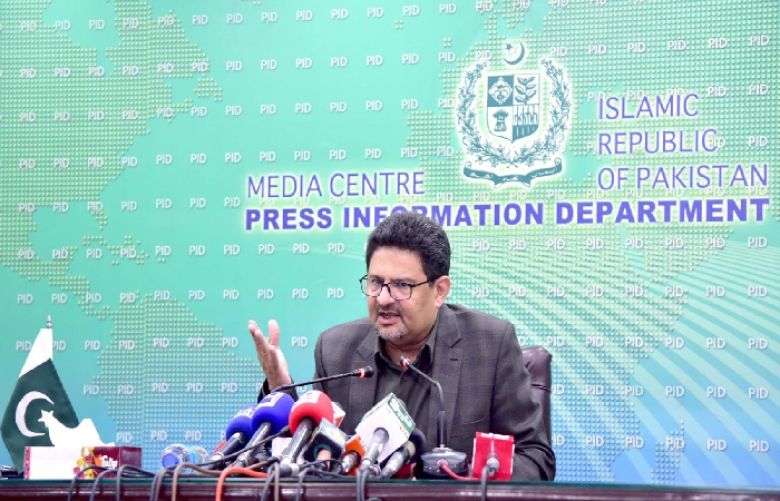 A day after the government presented a Rs9.5 trillion inflationary budget, Finance Minister Miftah Ismail Saturday said the target of next year's budget is fiscal consolidation and providing relief to the masses.

The finance minister said the country was going through a "very difficult" and unprecedented period. The minister, addressing the media alongside Minister of State Ayesha Ghous Pasha and Information Minister Marriyum Aurangzeb, said the government understands that this is a difficult period and "we have tried to reduce the burden on the poor and take more from the rich".

Referring to the budget presented a day earlier, Miftah maintained that the government has tried to tighten the fiscal policy and reduce the overall deficit. He said that taxes have been increased on Pakistani citizens who possess foreign assets along with new taxes on property.

Elaborating further, he said that the budget of the Benazir Income Support Program (BISP) has been increased by 35-40pc. He added that flour, sugar and ghee will be provided at discounted rates at Utility Stores throughout the year. The finance minister also said the government has taken difficult decisions keeping in view the interest of the country.

The finance minister added that the International Monetary Fund (IMF) wanted higher income tax rates but the government has tried to reduce the tax.

Referring to the tax collection target, he said over Rs700 billion has been set for the next fiscal year while the non-tax revenue target has been set at Rs2,000 billion and debt servicing has been estimated at  Rs3,950 billion.

Alluding to the soaring prices of palm oil in the international market, Miftah said a package of Rs20 billion has been given to promote the cultivation of oil seeds and added that special emphasis is being given to bolster exports, expressing confidence that exports will touch the $35 billion mark in the next fiscal year.

In response to a question regarding the feasibility of inflation and growth targets, Miftah stated “we have targets of growth and inflation but our first priority is fiscal consolidation and reducing the burden on the masses."

Answering another question regarding a revised award by the National Finance Commission (NFC), Miftah stated that the commission must sit and discuss a new award. “KP’s population has grown since the incorporation of FATA and their allocation should reflect that.”

Minister of State Ayesha Ghous Pasha said during the media briefing that the incumbent government inherited a "difficult situation", but the country needs to focus on growth.