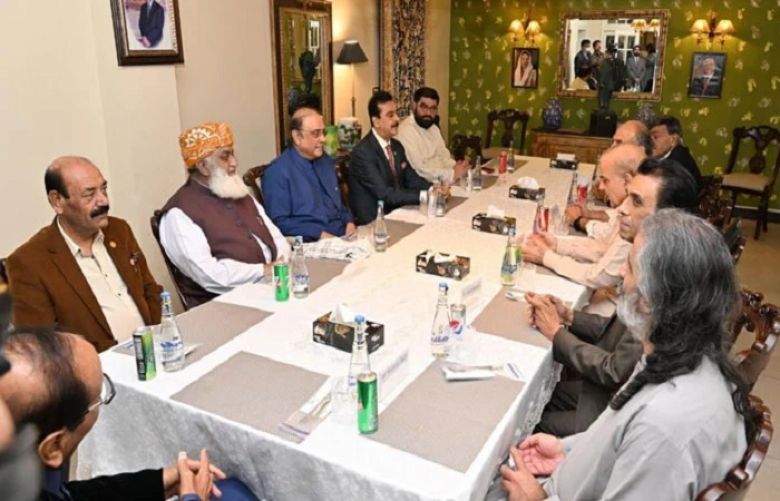 In a bid to express unity among the members of the coalition government, PPP Vice-Chairman Asif Ali Zardari hosted the ruling alliance for dinner on the eve of the unveiling of budget 2022-23, where the coalition leaders resolved to steer the country out of crises.

On the occasion, the leaders of the coalition government discussed the country's current political and economic scenario and the budget for the incoming fiscal year due to be presented in the National Assembly today (Friday). They also expressed confidence in the prime minister and appreciated the efforts of Asif Ali Zardari for uniting the coalition partners on a single platform.

However, Foreign Minister Bilawal Bhutto-Zardari did not attend the dinner meeting as he was in self-quarantine after returning from a foreign trip.