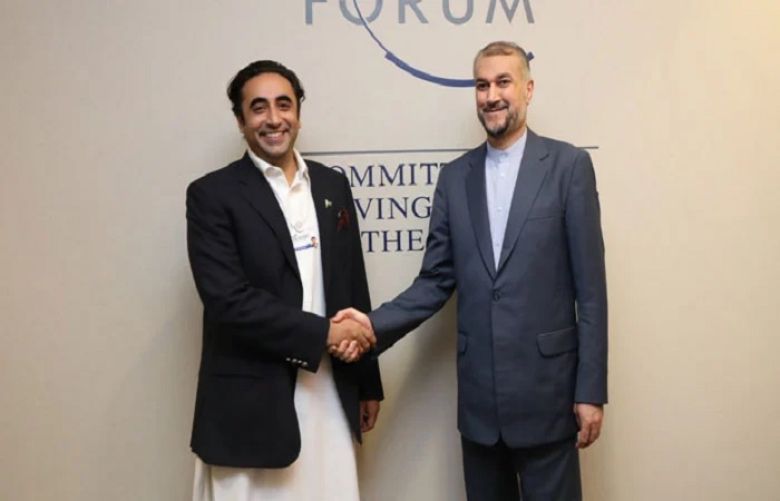 Foreign Minister Bilawal Bhutto-Zardari Thursday appreciated Iran’s steadfast support for the Kashmir cause in a meeting with his Iranian counterpart.

A statement issued by the Foreign Office said that the Foreign Minister Bilawal met his Iranian counterpart Dr Hossein Amir Abdollahian on the sidelines of the World Economic Forum.

During the meeting, Pakistan’s top diplomat reaffirmed Islamabad’s desire to strengthen ties with Iran in all areas of mutual interest and emphasised that there existed vast scope in bilateral trade and economic cooperation which should be tapped by both sides through various institutional mechanisms and innovative ways to identify new sectors.

Foreign Minister Bilawal also underscored the importance of the earliest completion of border markets to improve livelihood in the border region. He also appreciated Tehran’s steadfast support for the Kashmir cause, especially at the supreme leader level.

In Afghanistan’s context, FM Bilawal noted that as neighbours, Pakistan and Iran had been closely coordinating. He also underlined that sustained engagement between the international community and the Interim Afghan government was critical to advancing shared objectives of peace and stability in Afghanistan.

During the meeting, Abdollahian also extended an invitation to Bilawal to visit Iran.