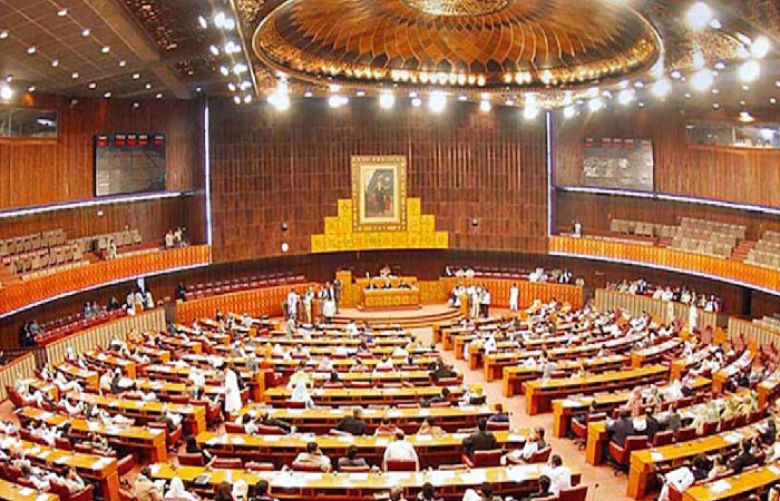 The National Assembly on Thursday passed a bill to abolish the former government's election reforms giving expats the right to vote through I-Voting and electronic voting machines (EVMs).

The development came during the Parliament meeting convened by President Arif Alvi to deliberate over the current economic situation of the country.

The Election Amendment Bill 2022 was introduced in the National Assembly. The bill was introduced by Parliamentary Affairs Minister Murtaza Javed Abbasi.

The National Assembly had bulldozed legislation for use of EVMs through passage of a bill on November 17, 2021, giving overseas Pakistanis the right to vote in general elections through a voting device introduced by the PTI government.

Speaking at the NA session, Federal Minister of Law and Justice Azam Nazeer Tarar said that holding polls using EVMs in a single day is "impossible".

He said the Election Commission of Pakistan (ECP) had also expressed its inability to hold elections through I-Voting and EVMs in a short span of time and without proper homework.

He said two amendments are being brought to revive the Elections Act 2017, enabling the ECP to ensure free, fair, and transparent elections.

The minister dismissed the impression that the amendment is aimed at depriving overseas Pakistanis of their right to vote.

He said overseas Pakistanis are a precious asset of the country and the government does not believe in snatching their right to vote.

Regarding the use of EVMs, the law minister said they are not against the use of technology, but they have concerns about misuse of technology as the Results Transmission System (RTS) had failed in the 2018 elections to favour a particular political party.

Meanwhile, a motion to suspend the rule of sending Election Act Amendment Bill 2022 to the Standing Committee was also passed.