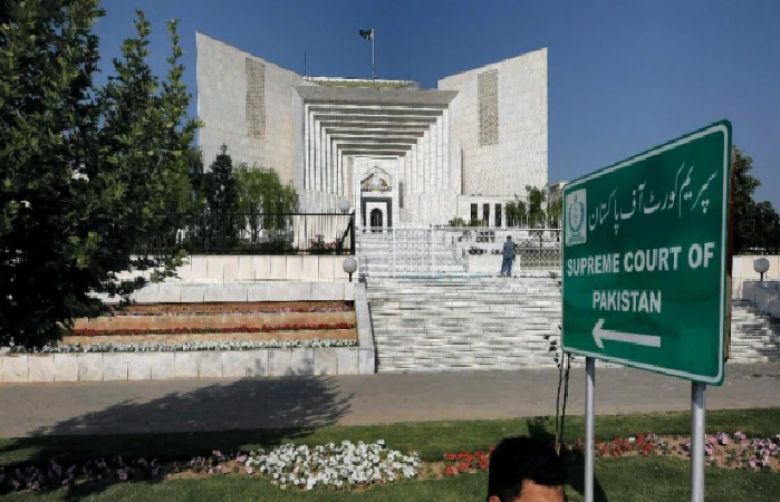 The Supreme Court of Pakistan on Thursday disposed of the federal government's contempt of court plea against PTI Chairman Imran Khan over his violation of the apex court's orders during PTI's 'Azadi March'.

The government had filed the plea this morning after the PTI openly defied the SC's directives, announcing to hold a rally at D-Chowk in Islamabad’s prohibited Red Zone. Accepting the plea, the SC formed a five-member larger bench, headed by Chief Justice Umar Ata Bandial, to look into the matter.

The apex court on Wednesday had directed the government to provide the PTI with a ground between the H-9 and G-9 areas of Islamabad to hold its public gathering. The directive came during a hearing of the Islamabad High Court Bar Association’s (IHCBA) plea against the government’s decision to block roads to stop PTI's "Azadi March" in the federal capital.

CJP Bandial remarked that the court doesn't want to continue hearing on the case.

"We will issue the verdict in the case which will serve as an example in the future," CJP remarked.

At the outset of the hearing, Attorney-General of Pakistan Ashtar Ausaf read out the SC verdict before the court.