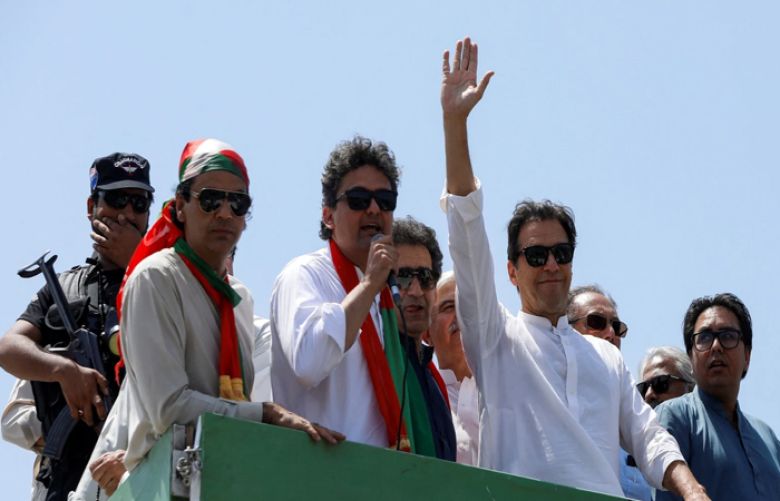 Pakistan Tehreek-e-Insaf (PTI) Chairman Imran Khan on Thursday has given deadline of 6 days to the government to dissolve the assemblies and announce fresh elections.

Former Prime Minister while addressing to the protestors of long march in Islamabad, warned the government that if announcement of elections will not be made, he will return to Islamabad.

After Imran Khan s announcement, protesters of the sit-in also dispersed at the Numaish Churangi in Karachi.

The PTI chief Imran Khan while leading his party’s Haqeeqi Azadi March against the "Imported Government" reached Islamabad in the wee hours of Thursday where he delivered a short speech.

Imran Khan said that we are waging a "Jihad against this Imported Government" and asked the PTI workers that we will not move from here till the date for fresh election is not announced.

On the other hand, Interior Ministry had summoned the Pakistan Army for the security of the Red Zone in Islamabad after Pakistan PTI workers and supporters reached Islamabad to attend the march.

According to a notification issued in this regard, Pakistan Army was summoned under Article 245 of the Constitution.

All security arrangements in the Islamabad’s Red Zone was handed over to the Army. Pakistan Army personnel were stationed at PM House, PM Office, Supreme Court and other sensitive government buildings in the area.