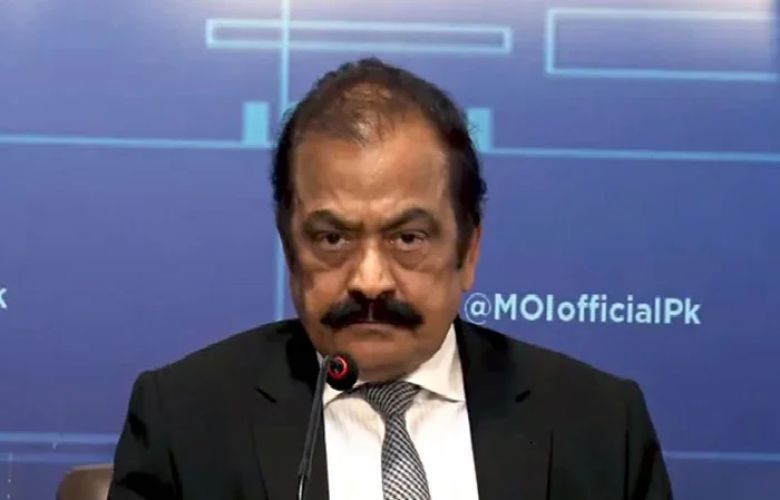 Interior Minister Rana Sanaullah Wednesday criticised the PTI's "Azadi March" and said that even the government bought Imran Khan's "lies" of leading a march with two million people toward Islamabad.

The interior minister, while speaking during a press conference in Islamabad alongside Information Minister Marriyum Aurangzeb, said that Khan was leading the march with around five to six thousand people only against his claim of holding the biggest gathering in Pakistan.

The PML-N leader said that the government should not have made preparations on such a big scale if it knew that the march will only have a few attendees.

"We stopped the metro operations, the examinations were postponed, people faced trouble commuting, and the patients faced issues as well," he added.

Sanaullah said that he apologises to the people on behalf of the government for troubling them and maintained that the PTI portrayed a picture of a huge crowd marching towards the capital. "Only people from Khyber Pakhtunkhwa attended the march," the interior minister claimed.