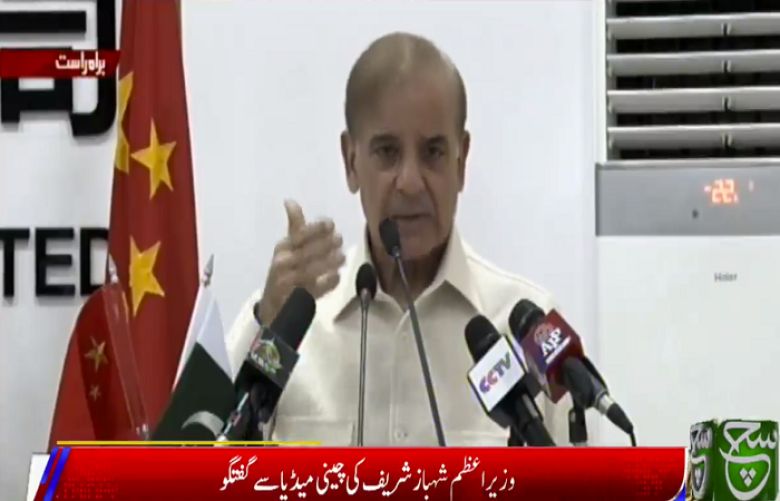 Prime Minister Shehbaz Sharif said Wednesday he gets "goosebumps" when he recalls the disruption caused by PTI's 2014 sit-in during PML-N's government.

"We should not be wasting time in dividing the nation and staging sit-ins. Whenever I recall the 2014 sit-in, I get goosebumps," the prime minister said while addressing the workers of the Karot Hydropower Project.

The prime minister's comments came as the PTI is marching from Peshawar to Islamabad under party chairman and former prime minister Imran Khan's leadership.

The prime minister noted that due to PTI's sit-in in 2014, Chinese President Xi Jinping cancelled his visit to Pakistan, and as a result, the Karot Hydropower Project was delayed by nearly almost a year-and-a-half.

"...these sit-ins led to a loss of billions to Pakistan. As I stand here today, another sit-in is being planned," the prime minister said, lashing out at the Khan-led party.

PM Shehbaz asked the PTI why was it holding protests. "We are working day and night to revive the economy that you deteriorated in the last 3.5 years."

The prime minister added that Khan had installed "land mines" for the government by subsiding the oil prices. "...we are in talks with the IMF and are trying not to shift the burden on the people."

PM Shehbaz asked the PTI to work for the development of Pakistan and stop the politics of sit-ins and disruption.

So far, despite the Supreme Court's order for reconciliation, the government and PTI have not reached an agreement.