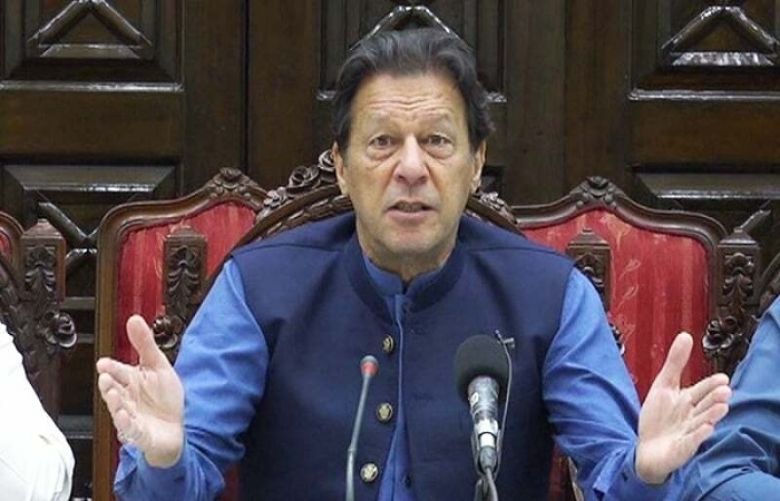 PTI Chairman Imran Khan plans to carry on with the party's 'Azadi March' despite the government's decision from earlier today to stop the long march towards Islamabad. Khan says he will lead the biggest procession in Pakistan’s history tomorrow.

He is addressing a press conference in Peshawar. The PTI chairman's speech comes after a countrywide police crackdown against members and leaders of the PTI. A policeman also lost his life in one of the raids after which the govt said it would not allow the PTI to have its long march scheduled for tomorrow (May 25).

The PTI chairman has yet to address criticism against his party over the death of a constable during a raid.

He instead focused on critiscm against the PML-N government, saying he has been seeing the Sharif family adopting the same tactics as military dictators since 1985.

“They remember democracy as soon as they leave power,” he said, asking how many times these parties have taken to the streets against the government in the 3.5 years the PTI was in power.

He questioned if the PTI government had tried to stop them the way they [the PML-N government] did last night.

“They entered the houses of people and didn’t care for the privacy of women,” he said.

He condemned that the police entered the house of a retired army major, while referring to a video that surfaced on social media in which a girl is in tears and saying that the cops harassed her.

The PTI chairman asked the people to break the chains of fear, while giving an example of how Afghans fought foreign powers. He said that the government cannot put a sea of people who are willing to come out in his support in jail.

He asked the bureaucracy of Punjab how they could follow the orders of Punjab CM Hamza Shahbaz, saying he [Hamza] said doesn’t have a majority vote.

He warned the authorities of action against every unlawful order they follow.

Imran Khan said that the entire nation is looking towards the “neutrals” and that a judgement will be passed on them as well.