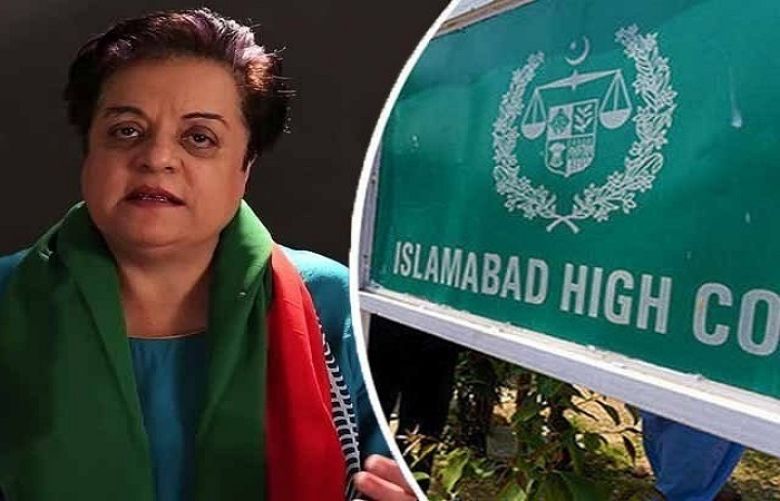 The Islamabad High Court (IHC) late Saturday ordered the immediate release of former human rights minister Shireen Mazari, who was arrested by Islamabad police earlier in the day in a case related to illegal transfer of land.

IHC Chief Justice Athar Minallah heard the petition filed against the arrest of Mazari and directed the federal government to conduct a judicial inquiry into the matter.

He also directed the IG Islamabad to drop her home and remarked that security personnel should be deployed at her residence as well.

The judge has also ordered the authorities concerned to return mobile phone and other belongings of the PTI leader.

Speaking to the media outside the IHC before hearing, Mazari said this was her first experience of disappearance. “I will tell everything they have done to me, my phone has not been returned yet. My case is a case of enforced disappearance.”

The IHC had ordered the authorities concerned to produce Mazari before the court at 11:30pm.

Earlier in the day, Mazari was allegedly beaten up and arrested from her home. The reports of her detention were confirmed by her daughter, lawyer Iman Mazari.

Mazari's daughter tweeted about her mother's arrest saying, "Male police officers have beaten and taken my mother away. All I have been told is that Anti-Corruption Wing Lahore has taken her.

Islamabad Police however refuted claims of mishandling during the arrest. “Dr Shireen Mazari was arrested by female police officers as per the law on the request of the anti-corruption department. News of any mishandling is baseless,” it said in a tweet.

CM Hamza in a statement said that Shireen Mazari as a woman is respect worthy and he has ordered for her release. “Arrest of any woman does not hold compatibility with our moral values,” he said, adding that the investigation should also be made against the anti-corruption staff for arresting Dr Mazari.

Hamza also underscored that if the arrest is inevitable as a result of investigation then the law will take its own course. The Punjab CM said that he does not agree with the way Dr Mazari was whisked away by police, adding that PML-N as a political party believes in giving respect to the women.

CM Hamza also condemned the indecent language being uttered about his party’s vice president Maryam Nawaz. “However, taking revenge is not our tradition and practice,” he added.

The first information report (FIR) registered against the former minister said during the scrutiny of record, it revealed that Shireen Mehrun Nisa Mazari in connivance with revenue officials fraudulently and through bogus mutation transferred 800 Kanal land in favour of bogus company namely M/s Progressive Farms Limited.

Furthermore, the FIR said the Federal Land Commission in its report declared this mutation bogus. “During the perusal of record, it revealed that land measuring 1,386 Acres of Mst. Shireen Mehr-un-Nisa Mazari was surrendered to Provincial Govt through Land Commission. In Mutation No. 39 dated 05.07.1973, there is cutting and tempering.”