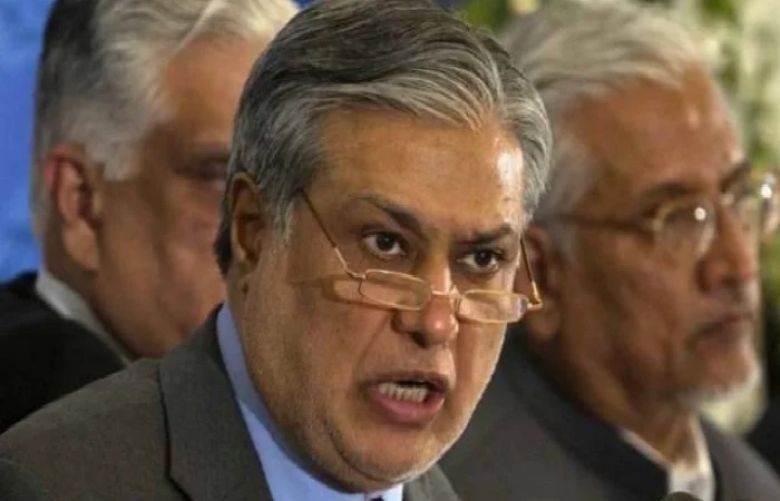 PML-N leader Nawaz Sharif is very clear that the Pakistani public is already burdened by high inflation and the government should not add to their woes, said the former finance minister.

In an interview, the former finance minister, who is currently in London, said that the economic situation in Pakistan was like a “pandemic 2”.

“Nawaz Sharif is very clear that the masses are already under the heavy burden of inflation and we should not add to their problems by increasing inflation further,” Dar told the host of the show, “[Prime Minister] Shehbaz Sharif also endorsed this view.”

Blaming the previous government for its mismanagement, Dar said that the inflation was in double digits, close to 13%, and food prices were also skyrocketing in the country.

While the US dollar, he insisted, is undervalued. “The rate right now is an artificial rate. I appeal to the people and the exchange rate companies to not use this as an opportunity and think of the country. The true value of the US dollar is not more than Rs170,” he added.

“Can we manage this? We have to, as a coalition government, take this head-on,” he added.

He went on that the elder Sharif wanted all important decisions related to the economy to be taken by the PML-N in consultation with its allied political parties.

“Sharif is very clear that we should not get scared of the economic monsters and say that let the caretaker government take the difficult decisions,” Dar told the host.

Talking about the possibility of an early election, the former finance minister said that the election commission told the Supreme Court that it cannot hold polls before October, as they need to complete the delimitation of parliamentary constituencies.

“Then another three months, 90 days, will be needed to hold the polls,” Dar explained, adding that even if polls are held before the end of the tenure the same political parties, which are in office now, will come back to power and will have to deal with the economic problems of the country.