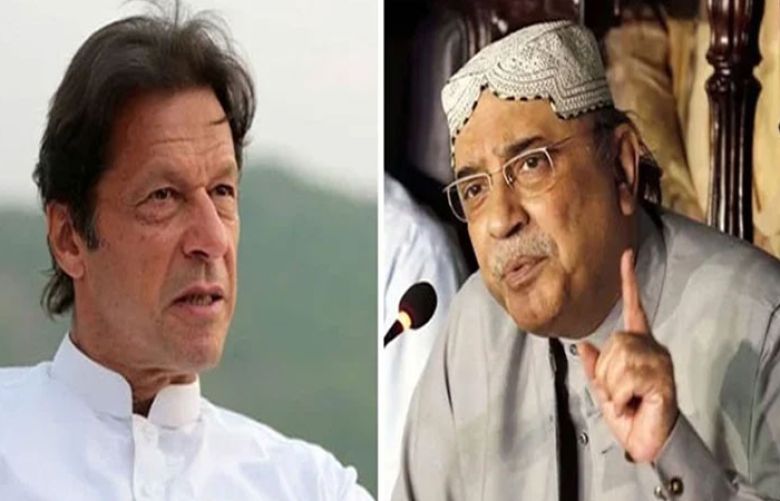 Former president and Pakistan Peoples’ Party (PPP) co-chairman Asif Ali Zardari said on Wednesday that promises made with allies will be fulfilled and he had already said that Imran Khan himself will fall.

Addressing the workers at the dinner of MPA Tariq Masood Arain in Nawabshah, he said that the fun of being in public is nowhere to be found.

“I cannot become Bhutto and Benazir but can follow their footsteps,” he said adding that my vision is only to serve the people as I pledged to continue Benazir Bhutto s mission after she was buried in Garhi Khuda Bakhsh.

The former president further said that he considers politics as worship and have fought every conspiracy against the people s power and will continue to do so. “I have always been at war with the powerful forces and the people s power is with me.”

He said, “I had already said that Imran does not need to be ousted, he will fall himself, adding that the country’s economy is in a deep crisis and only the PPP can run the country’s development and economy in a better way.”