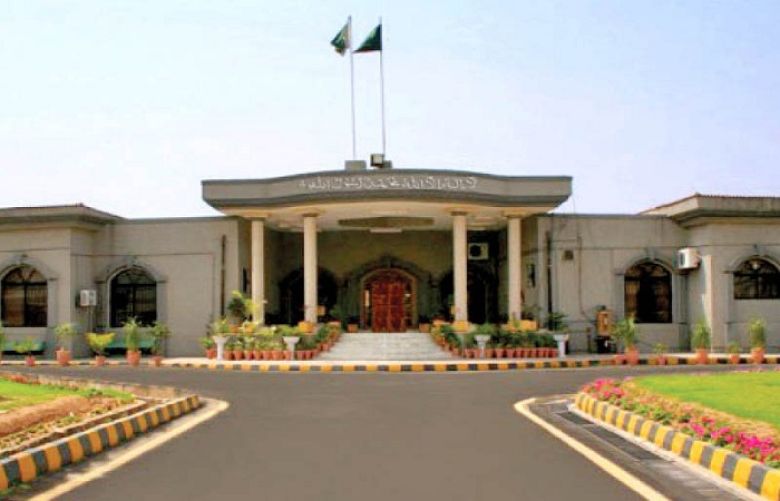 The Pakistan Tehreek-e-Insaf (PTI) has challenged the cases against the party leadership relating to hooliganism at Masjid-e-Nabawi (PBUH) in the Islamabad High Court.

The IHC has issued a circular to hear urgent cases even during holidays, under which petitions of urgent nature can be filed during Eid holidays.

Despite the leave, IHC Chief Justice Athar Minallah has fixed the PTI's petition for an urgent hearing on which the hearing will be held by him, while Fawad Chaudhry is already present in court.

The petition filed by Chaudhry argues that the illegal harassment of PTI leaders should be stopped.

In the petition, PTI has sought orders to bring all the cases registered in line with the incident on record. It also requested the court to inquire about the reasons and basis for which the cases have been registered and nullify any action by police or the Federal Investigation Agency.

Meanwhile, the IHC barred the police from arresting Gill upon his arrival in Pakistan.

Advocate Faisal Chaudhry had filed a petition seeking protective bail for Gill to avoid arrest when he returns to the country.

During the hearing, Justice Minallah asked where Gill is currently.

At this, Advocate Chaudhry informed the court that Gill went to United States on April 28 and he will come back on May 4.

"I have attached Gill's return ticket with the petition [...] he wants to appear before the court and be part of the investigation," he said.

He argued that 11 different cases have been registered against Gill and other PTI leaders in Faisalabad, Jhelum and other cities to target them for revenge.

PTI Chairman Imran Khan and PTI leaders Fawad Chaudhry and Shehbaz were among 150 people against whom a case was registered a day earlier after slogans were chanted against Prime Minister Shehbaz Sharif and his delegation during their visit to Masjid-e-Nabawi last week.

After the incident, former interior minister Sheikh Rashid's nephew Rashid Shafique, who was also booked in the same case, was arrested.