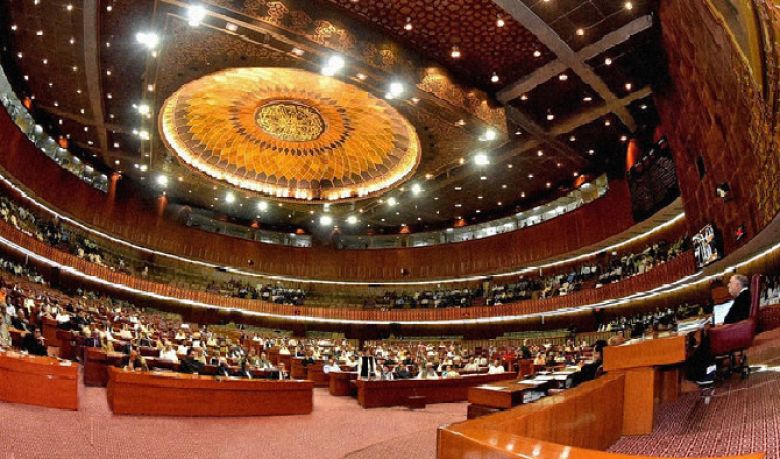 Efforts have intensified to secure a seat for the leader of the Opposition in the National Assembly (NA) as the NA Secretariat has so far received two applications for the vacant post.

According to reports privy to the matter, the NA Secretariat has received an application of Hussain Elahi by the PML-Q’s Moonis Elahi with three signatures. Meanwhile, Grand Democratic Alliance’s (GDA) Ghos Bakhsh Khan Mahar has also submitted an application.

They further revealed that PTI’s dissident leaders Noor Alam Khan and Raja Riaz haven’t submitted their applications; however, applications from these two leaders are expected to be submitted today.

As per sources, Noor Alam Khan’s application has 12 signatures, while eight to 10 MNAs have signed the application of Raja Riaz.

A final decision will be taken by National Assembly Speaker Raja Pervaiz Ashraf after he reviews all the applications.

The seat fell vacant earlier this month after former Leader of the Opposition Shehbaz Sharif was elected the prime minister following the ouster of ex-pm Imran Khan through a no-confidence motion.