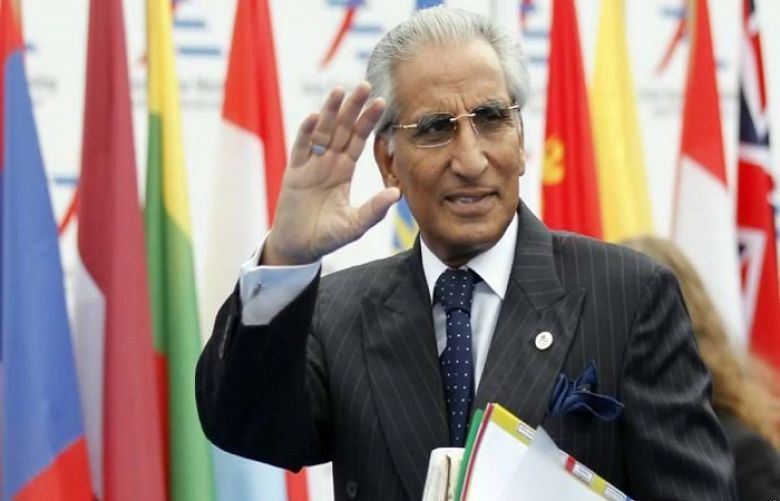 Prime Minister Shehbaz Sharif on Wednesday withdrew the foreign affairs portfolio from Tariq Fatemi a day after appointing him as his special assistant on foreign affairs.

According to a Cabinet Division notification, Fatemi will continue to serve as a special assistant to the prime minister (SAPM) without a portfolio and has been granted the additional status of a minister of state.

"In partial modification of this Division's earlier notification of even number dated April 20, 2022, the prime minister, in terms of rule 4(6) of the Rules of Business, 1973, read with serial number 1A of Schedule V-A of the said Rules, has been please to appoint Syed Tariq Fatemi as 'Special Assistant to the Prime Minister' and grant him the status of minister of state," the notification dated April 20 read.

had served as the SAPM on foreign affairs during the previous PML-N government under Nawaz but was removed in 2017 for his alleged role in 'Dawn leaks'.