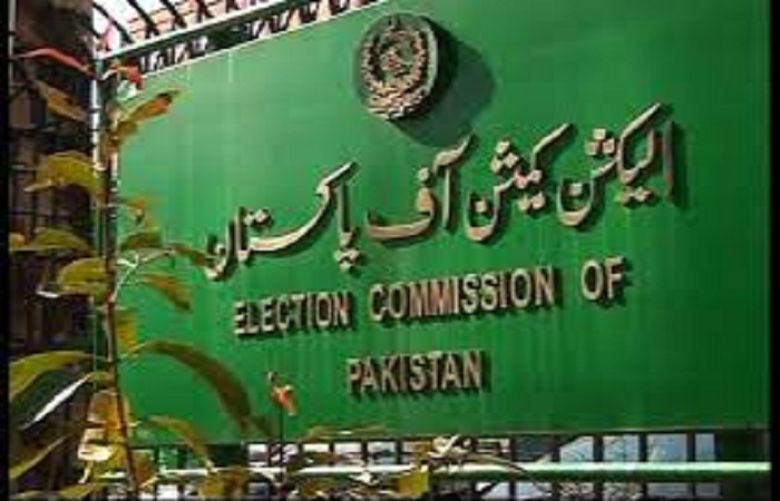 The PTI on Tuesday raised objections against the Election Commission of Pakistan (ECP), claiming that an "incomplete commission" is not authorised to decide any case as per the constitution.

PTI’s counsel Anwar Mansoor was raising objections as two members of the ECP — out of the total four — retired following the completion of their tenures.

At the outset of today’s hearing, PTI's counsel Anwar Mansoor argued that two of the ECP member retired in 2019 but the slots are yet to be filled.

“The Constitution gives powers to the election commission but not to the commissioner or members,” Mansoor added.

At this, CEC Raja remarked that the Islamabad High Court (IHC) had ordered the ECP to decide the case within 30 days, adding that the ECP wanted to hear the case on a daily basis in line with the IHC's order.

During the course of the proceeding, PTI’s lawyers expressed disappointment over the observations of the IHC and said that he would complete his arguments in three days.

Meanwhile, the CEC adjourned the hearing till next week.

Talking to journalists outside the ECP office in Islamabad, PTI Vice Chairman Shah Mahmood Qureshi said that the party has no objection to the scrutiny of his party’s funds but the ECP should summon other political parties as well.

“There is nothing in the case. Our all funds are legal,” said Qureshi, adding that the scrutiny committee exceeded its mandate. “We received funds with the cooperation of people but did not loot the national treasury,” he added.

The PTI leader hoped that other parties will also be weighed on the same scale the PTI is being weighed.

For his part, PTI leader and former minister of state for communication Farrukh Habib said that the PTI will file an intra-court appeal challenging the IHC’s order.

On the other hand, Akbar S Babar, the petitioner, told journalists that the IHC's ruling will take the case to its logical end.

He said that if funding from prohibited sources is proved, then it will affect the PTI and its chairman.