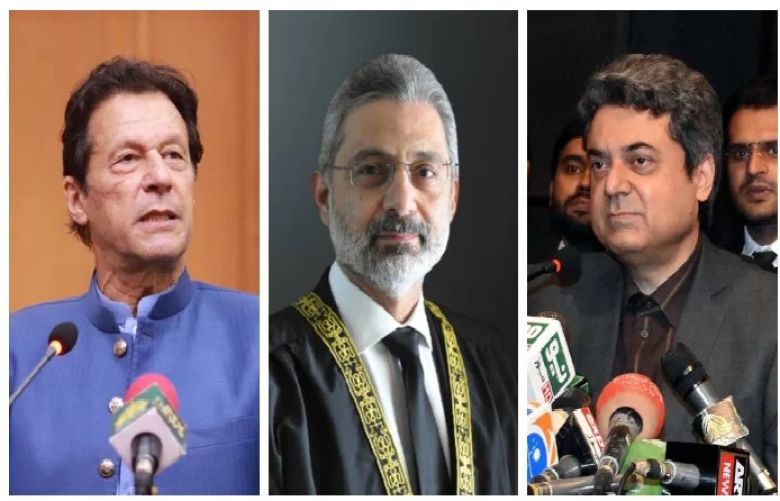 Responding to the PTI chairman, the MQM-P leader, in a statement, said he would not speak against Khan, but wanted to "clarify" the facts about the events related to the reference.

"The summary against Justice Faez Isa was a sensitive matter and every aspect of the case was scrutinised [...] I had no personal conflict with Justice Isa," Naseem said, who contested the case on behalf of the government against the SC judge.

He said the ex-prime minister had insisted on filing the reference against Justice Isa based on the findings of the Assets Recovery Unit (ARU) — which was headed by then-advisor to the prime minister on accountability Shahzad Akbar.

The ex-law minister said the ARU was working directly under Imran Khan and noted that the judiciary is not against the PTI chairman.

"Right now, the country's political situation is already very tense, and I don't want to further intensify it," Naseem said.

Later in a statement, ex-information minister and PTI leader Fawad Chaudhry said as Naseem was the law minister then, he should take responsibility for filing the reference.

The PTI leader said Naseem had "concocted the entire matter". Chaudhry claimed that when the issue came under discussion during the federal cabinet's meeting, he had voiced concerns against it.

But in an informal conversation with journalists today, the ousted prime minister said it was a mistake to file a reference against the judge while claiming that the then-law minister had briefed him on Justice Isa's properties and assets.