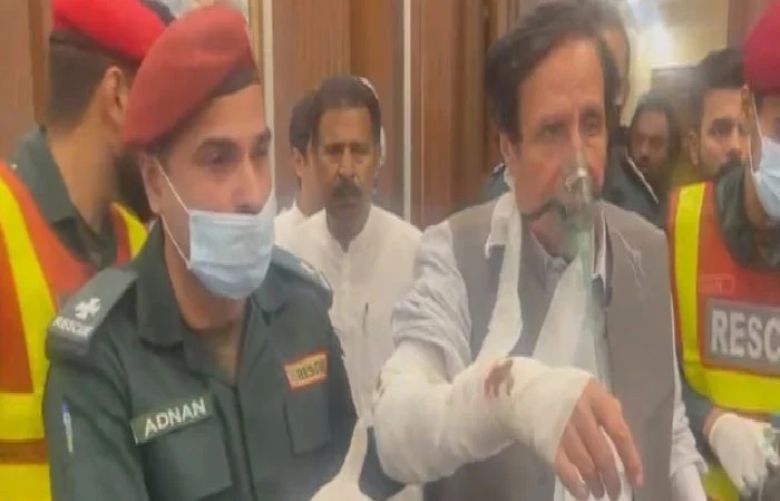 Anti-riot police have arrested five PTI lawmakers have after a chaotic situation inside Punjab Assembly.

According to details, PTI lawmakers manhandled and threw "lotas" at Deputy Speaker, who also belongs to their own party. Dost Muhammad Mazari left the hall after the incident.

The PA session was scheduled to start at 11:30am but was delayed due to the absence of the PTI members.

The PTI lawmakers caused a ruckus inside the assembly when they brought "lotas" to the house and started chanting "lota, lota" (turncoats) as they lashed out at dissident PTI MPAs who parted ways with the party and decided to support the Opposition.

PML-Q’s Chaudhry Pervez Elahi, who is also supported by PTI, had expressed doubts on the role the deputy speaker and said that despite being the speaker, he was not the custodian of the house today as he is a contender for the chief minister’s slot.

"Time will prove whether the deputy speaker was honest or not. We will try to hold a transparent election today," Elahi said, adding he knows from where Dost Mohammad Mazari is taking instructions and will share details at the right time.

However, more than 24 members of PTI Punjab Assembly have defected and joined the opposition. Tareen group, Aleem Khan and Asad Khokhar along with their supporters have announced support for Hamza Shahbaz.