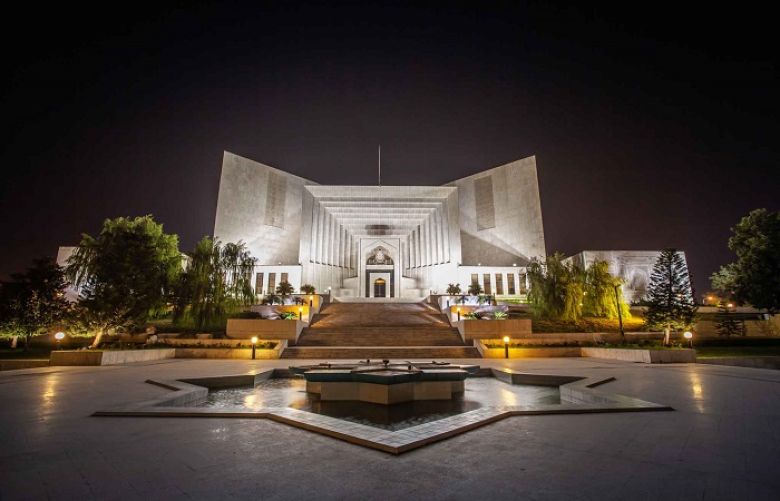 Chief Justice of Pakistan Umar Ata Bandial has reportedly decided to open the Supreme Court's doors in light of the current political situation.

According to media reports, the chief justice has instructed the relevant officials of the top court to open the doors at 12am, as the National Assembly Speaker Asad Qaiser is yet to allow voting on the no-confidence motion against Prime Minister Imran Khan.

Read More: 'Opp will be responsible if martial law imposed'

On March 30, the IHC had hoped the prime minister would not make a "secretive" memo public that, according to the government, "threatens" Pakistan's sovereignty.

In a written order, IHC CJ had said the court is confident that as an elected prime minister, Imran Khan would not disclose any information or act in breach of section 5 of the Official Secrets Act, 1923, or violate the oath taken by him under the Constitution.

"Any decision taken by the Prime Minister has to be in consonance with his obligations under the Official Secrets Act, 1923 and in letter and spirit of the oath of the office," the written order had read.

It is worth mentioning that on April 3, NA Deputy Speaker Qasim Suri dismissed the no-confidence motion and on advise of the premier, President Arif Alvi dissolved the lower house of the parliament — as he had effectively lost the majority in the NA.

But despite the government's manoeuvres to dismiss the no-confidence motion against the prime minister, the Supreme Court took suo motu notice on the matter and revoked all the decisions.

The Supreme Court of Pakistan restored the National Assembly on April 7 after it declared the government's decision to dissolve the assembly and Suri's ruling against the Constitution.

The top court had ordered speaker Qasier to summon the session on Saturday no later than 10:30am to allow the vote on the no-confidence motion against the premier.

But the decision is yet to be implemented.