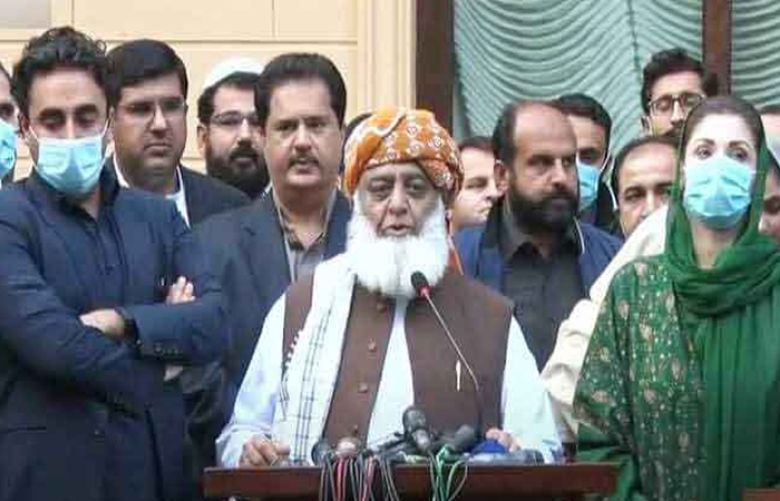 Caravans of Jamiat Ulema-e-Islam-Fazl (JUI-F) from Sindh have entered Punjab and will reach Islamabad after passing through various cities of Punjab, where they will also be greeted and joined by workers of the opposition.

Meanwhile, supporters of Pakistan Muslim League-Nawaz (PML-N) will leave for Islamabad from Lahore’s Model Town under the leadership of Maryam Nawaz and Hamza Shahbaz.

Banners and posters in support of long march can be found in entire Lahore while local leaders of PML-N have been directed to gather supporters and reach Model Town office to join the central caravan lead by Hamza and Maryam.

Spokesperson of PML-N, Marriyum Aurangzeb urged people to join the long march and said that nation should stand with opposition in this decisive hour.

This march is a ray of hope for inflation stricken people of the country. This will prove to be a no-confidence motion against the government.

Meanwhile, the local administration of Islamabad has issued a show-cause notice to JUI-F organisers over the NOC violation ahead of the Islamabad public gathering.

The administration stated that JUI-F installed the stage in mid of the road of the Srinagar Highway and Abdul Majeed Hazarvi violated the NOC conditions.