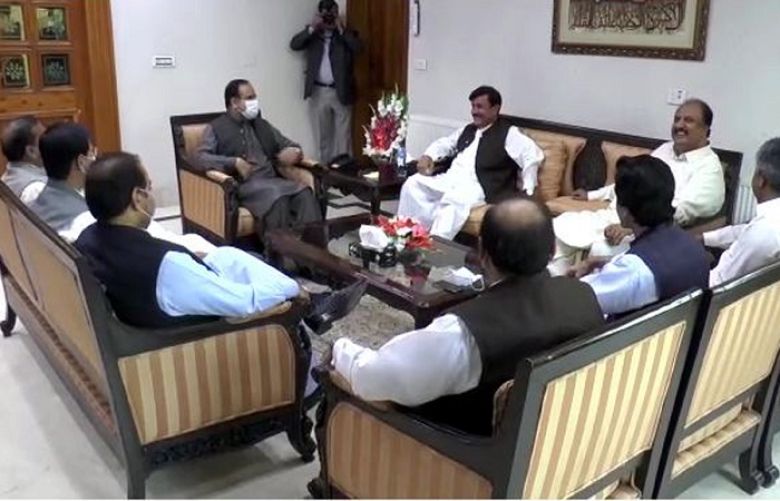 According to the sources, Mehar Muhammad Aslam Bharwana and Faisal Hayat of the Tareen group were present during the meeting and both the members of the Punjab Assembly showed confidence in Buzdar’s leadership.

On the occasion, the Punjab chief minister said that the Opposition’s attempts to divide the party will fail, the sources said.

“The conspirators will be left empty-handed as the no-confidence will not succeed,” he said.

He further said the PTI government will complete its tenure.