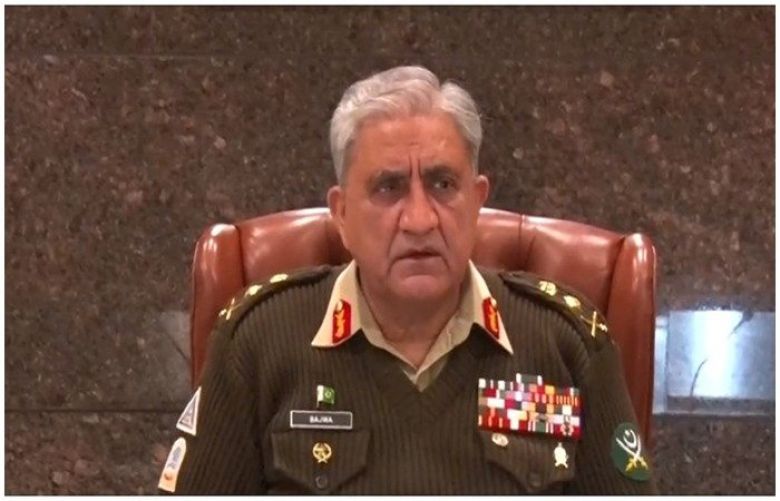 While praising the martyrs who repulsed the recent attacks in Balochistan, Chief of Army Staff (COAS) General Qamar Javed Bajwa vowed on Wednesday that the armed forces will “eliminate all remnants of terrorists, their abettors and accomplices" at “whatever the cost", the Inter-Services Public Relations (ISPR) said in a statement.

According to the military’s media wing, the army chief presided over the 247th Corps Commanders’ conference held at the General Headquarters (GHQ) in Rawalpindi.

The conference was given a comprehensive briefing on the security situation in the country, particularly recent incidents in Balochistan, the statement said, adding that participants of the conference were also briefed on the steps being taken to “counter hostile efforts to destabilise Pakistan”.

The military’s media wing said that the top brass of the Army paid tribute to the martyrs who gave the “ultimate sacrifice” for the defence of the country while repulsing the recent terrorist attacks in Balochistan.

The ISPR said that Gen Bajwa expressed “satisfaction over the operational preparedness of the formations and safeguards in place to thwart designs of inimical forces”.

...Forum paid tribute to the martyrs who gave ultimate sacrifice for the defence of the country while valiantly repulsing recent terrorist attacks in Balochistan & inflicting heavy losses on them. COAS expressed satisfaction over operational preparedness of the formations & (2/5)

“We have come a long way in our fight against terrorism. Armed forces — with the support of the nation — have conducted successful operations against terrorists of all hue and colour,” said the army chief. The terrorists' desperate attempts for revival will not be allowed to succeed, he added.

“We will eliminate all remnants of terrorists, their abettors and accomplices whatever is the cost,” said the army chief. He also directed the formations to focus on “maintaining high standards of basic military training” so that operations in the conventional and sub-conventional domains are executed effectively.

The armed forces had successfully averted two separate terror attacks in Naushki and Panjgur, Balochistan, on February 2, and completed the clearance operation in the area on February 5, killing 20 terrorists with the loss of nine precious soldiers, including a junior and senior army official.

The conference was also held a day after PM Imran Khan and army chief Gen Bajwa visited Naushki to honour the Pakistan troops for their success and sacrifices made in a repulsing terror attack in the area.