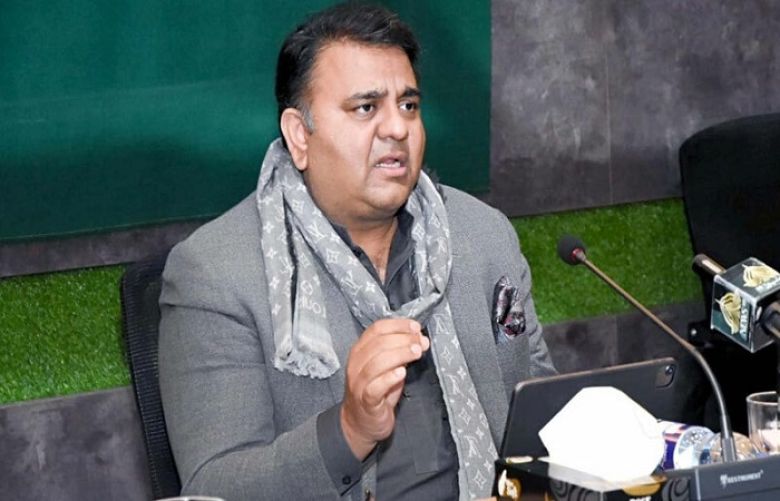 Information Minister Fawad Chaudhry has urged courts to conduct a speedy trial of corruption cases against the Sharif family and allow live telecast of case proceedings.

“We want Shehbaz Sharif’s case to be aired live... so that people should be made aware of the [details] of the case, the federal minister said while addressing a press conference in Islamabad on Monday.

He also requested the chief justices of the courts to live telecast the hearings of the corruption cases against the Sharif family to enable the public to decide whether the former rulers were involved in any wrongdoing or not.

The PML-N leaders claimed that Pakistani law is not applicable to their sons who are residing in London when asked to explain the sources of their wealth, he added.

The information minister also maintained that the courts should announce the verdict in corruption cases without any “fear or influence”.

He said it was made clear that Nawaz attempted to influence court proceedings through former G-B judge Rana Shamim's affidavit.

“This is a fit case to implicit Nawaz in Rana Shamim case for attempting to influence court proceedings,” he added.

Fawad further said that the PTI inherited the country following a “decade of darkness”, and put it on the right track.

“Today we have achieved 5.37% economic growth despite the challenge of Covid-19 and today the entire world is following Pakistan’s strategy to [control the pandemic],” he said while referring to the government’s decision of not imposing complete lockdown during the peak of the contagious virus.

He said the income of the masses has also increased during the PTI’s rule amid skyrocketing inflation and added that “agriculture and corporate sector have earned record profits”.

He also urged private businesses to increase the salaries of their employees.