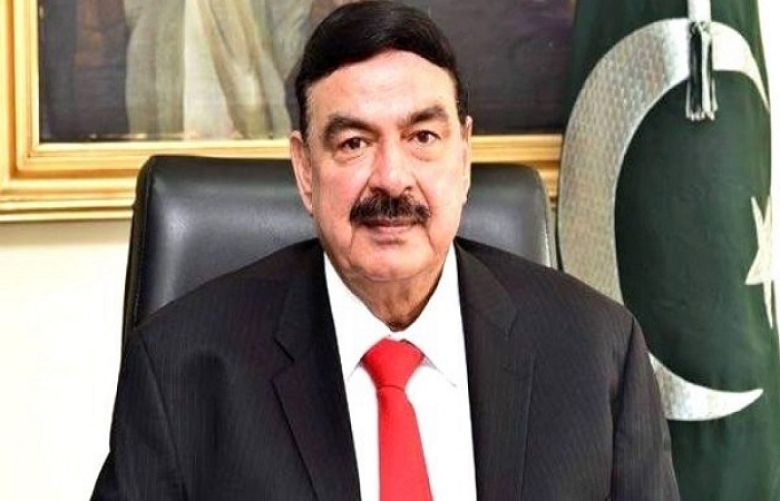 Federal Minister for Interior Sheikh Rasheed Ahmed on Sunday mocked the Pakistan Democratic Movement’s (PDM) intention of bringing about a no-confidence motion against Prime Minister Imran Khan on Sunday and said that neither the government is going anywhere nor is the Opposition capable of coming into power.

The interior minister, in his statement, berated the PDM over its long march scheduled to start on March 23 in a bid to oust the PTI-led government and warned the Opposition parties to abide by the law or face action.

"If the PDM tries to break the law, then the law will take its course and if it commits a mistake that could hurt democracy, then it will have to pay a price," he added.

On the other hand, the Leader of the Opposition in the National Assembly Shahbaz Sharif said that a motion of no confidence, including other options, will be tabled against the government in the next meeting of PDM, which is scheduled to take place on January 25.

It should be noted that the PDM has announced a long march in the federal capital on March 23 (Pakistan Day) against the incumbent government. On that day, foreign ministers of the Organisation of Islamic (OIC) countries will be coming to Islamabad to attend the Pakistan Day parade.

Rasheed, therefore, urged the Opposition parties to reconsider their decision and defer the long march to another date.