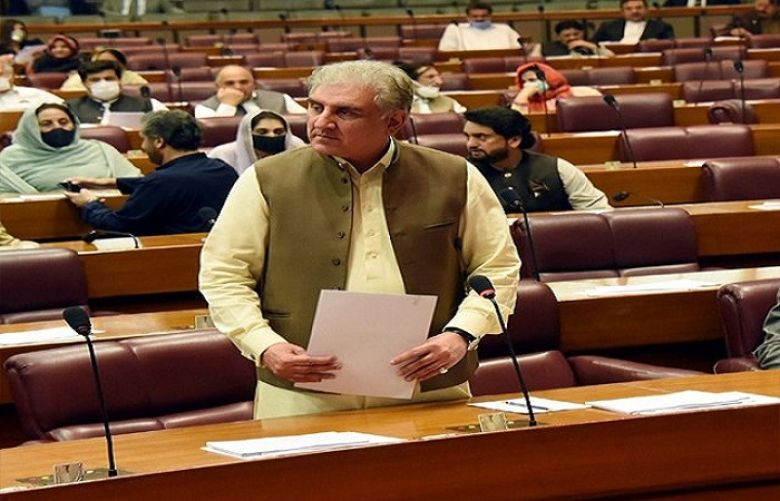 Foreign Minister Shah Mehmood Qureshi said on Friday that despite challenges faced by the Pakistan Tehreek-e-Insaf (PTI) due to Covid-19, the government managed to revive the economy with a growth rate expected to touch 5.37 per cent.

Speaking during a session of the National Assembly, the foreign minister said that the government took “painful decisions” to revive the economy, and after two years the economy is in the “recovery phase”. He said he was citing this from the “unbiased” reports of the World Bank, Bloomberg and The Economist.

According to Qureshi, the agri sector that was stagnant during the previous governments recorded a 3.3 per cent growth due to the measures taken by the government. He added that the large-scale manufacturing (LSM) sector also witnessed growth during the PTI’s rule.

Comparing the economic development to that achieved during the Pakistan Muslim League-Nawaz (PML-N) government, he said the PML-N’s economic growth at its zenith was 5 per cent, whereas the PTI, despite all the obstructions, managed to surpass that.

Qureshi also talked about the alleged audio clip of ex-chief justice Saqib Nisar and an affidavit of the former top judge of Gilgit, terming them an attempt to influence the judiciary for favourable decisions.

“This trend is dangerous, we should all take notice of it and put an end to it,” the minister added.

The remarks made by the foreign minister irked the opposition members. Pakistan Peoples Party's (PPP) Agha Rafiullah was also admonished for speaking out of turn by the NA speaker. He was told to behave himself.

Responding to FM Qureshi, PML-N leader Ahsan Iqbal said the foreign minister's remarks were not taken into consideration by the PML-N as they were "non-serious utterances".

"When the foreign minister was with us [PML-N], he would sing our praises," he said, adding that the minister also used to praise former president Asif Ali Zardari as well.

The PML-N leader said the remarks made by the foreign minister seemed like an "interview" being given to someone. "The federal minister through his speech has tried to present himself as an alternative leader," he added.

Speaking about the presidential system, he said he never understood who always stirred the debate in Pakistan. "If we are not sure about the governance system to run this country despite a passage of 75 years, then we don't need an enemy to hurt us," he lamented.