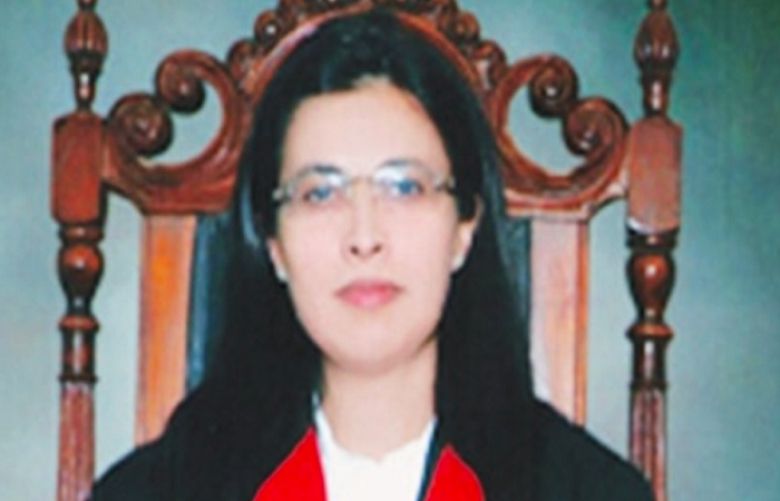 The Parlia­­mentary Committee on the Appointment of Superior Judiciary on Wednesday approved the appointment of Lahore High Court's Justice Ayesha A. Malik as a judge of the Supreme Court of Pakistan.

Following the parliamentary body's green light, Justice Malik is all set to become the first woman to serve as a judge on the country's highest court.

The Judicial Commission of Pakistan (JCP) had earlier this month approved Justice Malik for elevation to the apex court by a majority of five to four during a heated session that had lasted nearly three-and-a-half hours.

This was the second time that the JCP held a meeting to decide on Justice Malik's elevation. A lack of consensus during an extended meeting of the JCP on Sept 9 last year had forced the commission to reject her elevation.

In a meeting today, the parliamentary committee approved Justice Ayesha for the country's top court with consensus, according to Senator Farooq H. Naek, who heads the body.

Naek said the committee still believed in the principle of seniority for appointment of judges, but added that approval for Justice Malik, who is the fourth most senior judge in the LHC, was given because it was the first time a woman was being elevated to the apex court.

"We have approved Justice Ayesha's name in national interest," said the senator.

A lack of consensus over the appointment of Justice Malik had surfaced during the JCP's meeting on Sep 9 last year in which four members of the commission had opposed the proposal to elevate her, while an equal number supported it.

At the time, the Supreme Court Bar Association President Abdul Latif Afridi had called a countrywide protest to express anger over disregard to the seniority principle in the appointment of judges to the apex court.

The same criticism was levelled this time as well, with the legal fraternity calling on the chief justice to postpone the JCP meeting. In case the meeting was not called off, the Pakistan Bar Council (PBC) and all bar associations said they would boycott all court proceedings, from the superior judiciary to the lower courts.

While the JCP was holding its session, lawyers had arranged a protest and convention in a nearby office of the Supreme Court Bar Association (SCBA). They accused the judiciary of favouritism in the appointment of superior court judges and thus harming its image.

Through a resolution, the convention had asked the JCP to adhere to the seniority principle in appointments to the apex court from the provincial high courts until such time as fair, transparent and objective criteria for appointment of judges at all levels were framed in consultation with all stakeholders and appropriate amendments to the Judicial Commission Rules were made.

In a related development, LHC Bar Association President Maqsood Buttar had moved a petition before the Supreme Court earlier this month seeking directions that the JCP invite all relevant stakeholders; judges, senior lawyers and bar representatives, members of the parliamentary committee, the federal and provincial governments and civil society and structure the process of judicial appointments to the superior courts to make them more objective and transparent.

The petition also sought directions for the JCP to frame comprehensive and detailed rules/guidelines to structure both the process of and parameters for appointment.

The petition had also asked that until the criteria was developed, the JCP should stick to the seniority principle in the elevation of high court judges to the Supreme Court.