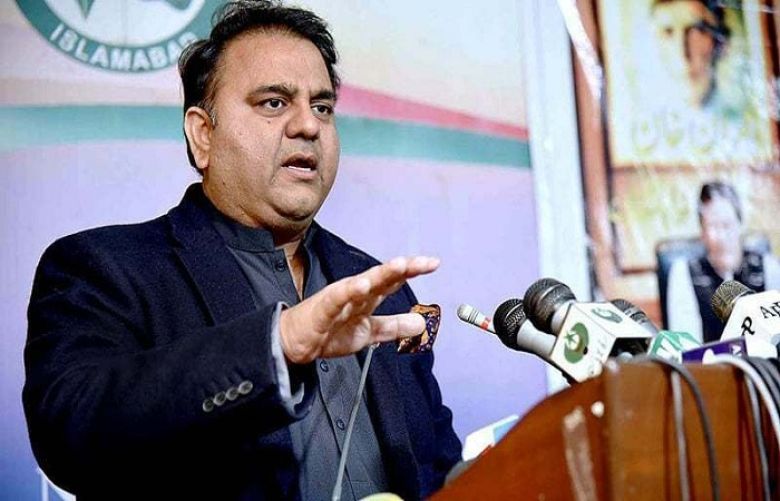 Addressing a gathering in Lahore, Fawad said that there is a "rat race going on among senior PML-N members as to who would lead the party next," adding that, “four top-most party leaders want to remove PML-N supremo Nawaz Sharif in a bid to take over the party's leadership.”

The federal minister even claimed that the four members he was referring to "even went out to meet someone and confessed that since  Nawaz had treated the country in a bad manner, they should instead be given a chance to lead the party."

Speaking about the "lack of coordination and trust" among Opposition parties, Fawad said that there is "so much mistrust among the three Opposition parties — PML-N, PPP, and JUI — that they don’t even blink an eye lest the other one should strike a deal."

The minister further said that Nawaz, who is currently living on the most expensive property in London, is directly responsible for the ongoing inflation in the country as he was the former premier of Pakistan.