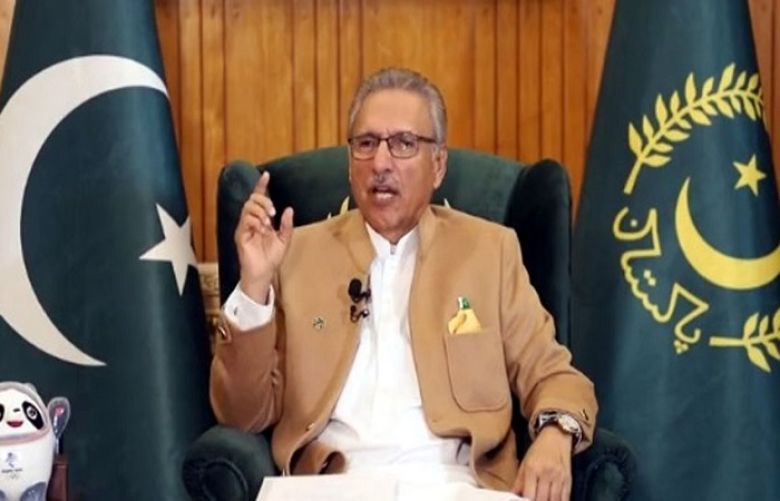 President Dr Arif Alvi says all-weather strategic cooperative partnership between Pakistan and China envisioned a prosperous region with the establishment of economic and trade linkages through the China-Pakistan Economic Corridor.

During an interaction with the Chinese media, the president said Pakistan and China enjoyed excellent relations which were based upon all-weather strategic cooperative partnership.

He said that the leadership of the both countries have been consistently improving upon the historic relationship and their ties are based upon people-to-people linkages.

President Alvi said the world is in the flux, facing different challenges and issues like illegal occupation of Kashmir by India.

He said Pakistan and China have been continuously talking about peace in the world and pushing for a durable peace across the world.

The president further stressed that these changes should not be of any kind of interference in each other's affairs.

Meanwhile, President Dr Arif Alvi has shared, on Twitter, a video of Prof Gregory Stanton of Genocide Watch who predicted that genocide of Muslims will soon happen in India.

In a tweet, the President said Professor Stanton pointed to similarities between genocides in Rwanda and Haridwar.

The President said he has drawn the attention of world leaders that a fascist India has emerged with entrenched Hindutva hate ideology.