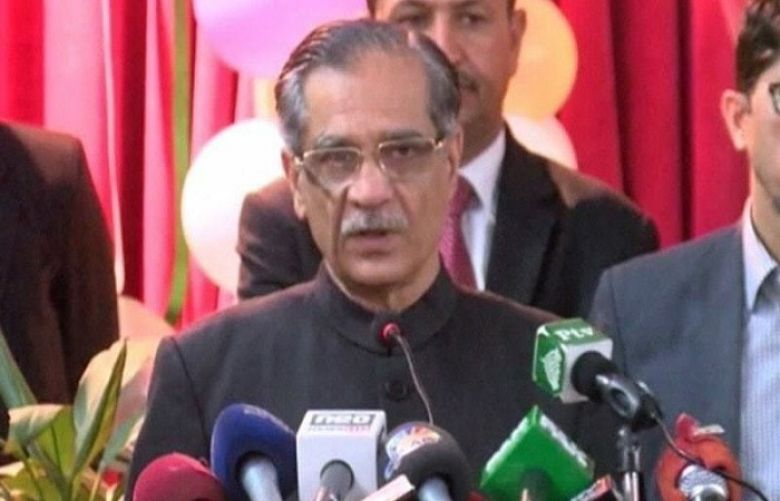 The National Assembly's Standing Committee for Information has summoned the former chief justice Saqib Nisar once again to justify his position regarding his alleged statement about former premier Nawaz Sharif and his daughter.

An audio clip allegedly featuring Nisar's voice had surfaced last year, in which a man could be heard purportedly telling another person that former prime minister "Nawaz Sharif and his daughter, PML-N Vice-President Maryam Nawaz, would have to be punished to make way for [Prime Minister] Imran Khan in politics."

The NA body once again issued a notice to Nisar to appear before the committee, while ex CJ Gilgit Baltistan Rana Shamim has also been summoned to attend the meeting.

The committee has submitted a requisition in the secretariat for the meeting.

Chairman of the committee Javed Latif has also directed former PTI leader Javed Hashmi to provide details of statements he issued regarding the "removal of PML-N supremo Nawaz Sharif from the premiership," "paving the way for Imran Khan to Prime Minister House," and "Nisar’s role in removing Nawaz Sharif.