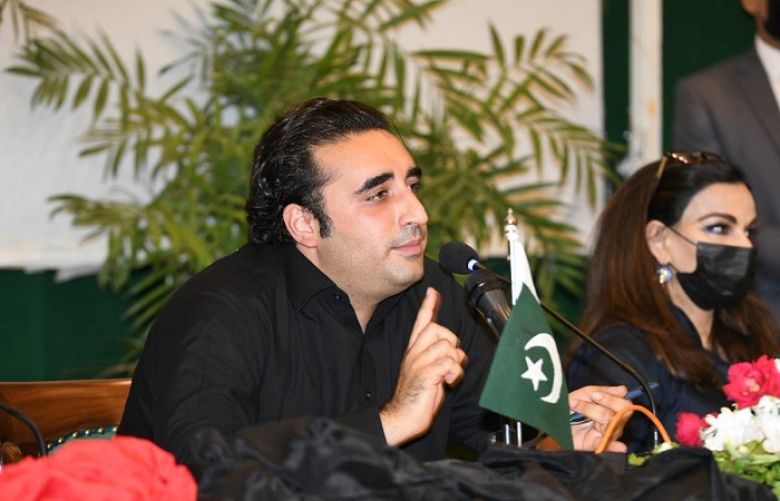 PPP Chairman Bilawal Bhutto-Zardari seconded the Opposition leader and demanded the formation of a judicial commission to investigate the Murree incident.

PPP Chairman Bilawal Bhutto-Zardari began by lamenting the fact that innocent families and children, who were stranded in snow a mere two hours from the capital, did not receive the help they deserved.

On the other hand, the government took all necessary measures when a relative of the premier was stuck in Chitral due to bad weather, he said in an apparent reference to PM Imran's sister Aleema Khan who was among tourists rescued after a glacial outburst in 2019.

He said that the common man was in danger "just two hours away" from the prime minister's house. "There were messages on social media. Phone calls were being made to bureaucratic offices and to police officials so that someone could take notice."

In an apparent reference to Chaudhry, who had left the assembly at this point, Bilawal said that a minister was celebrating the influx of tourists in Murree and hailed it as proof of the country's economic progress.

"And when news of the incident broke, instead of expressing grief and ensuring help, the same minister started victim-blaming on social media and said that the people shouldn't have gone."

Bilawal said that the country hadn't ever seen such "hypocrisy", but added that this was expected from this government.

"Since the PTI government came into power, the prime minister and officials always blame the victims."

He recalled that when the Hazaras in Quetta staged a protest in early 2021 against the killing of 11 miners in a residential compound near a mine site in Balochistan's Mach coalfield area, PM Imran had told them to stop blackmailing him by refusing to bury the bodies.

He noted that government officials had also done the same when the gang-rape of a woman occurred on the Lahore motorway in 2020.

He reiterated the opposition leader's demand for a judicial inquiry into the incident so that action could be taken against those responsible.

"We will only be able to make arrangements for preventing such incidents in the future after conducting a proper investigation."

Bilawal said that inflation was at an all-time high in Pakistan but the blood of the people was "cheap". He said forgetting the incident and merely forming a committee to investigate it would be an injustice to the families of the victims.

He added that Punjab Chief Minister Usman Buzdar was attending a PTI meeting when the incident was taking place. "The entire nation saw that the army and the administration managed the rescue work. He merely conducted an aerial inspection and returned."

He said that if the prime minister and the Punjab chief minister were truly elected representatives, they would have immediately reached the hill station to help the people. "If they were unable to reach them, then they should have contacted their families to offer condolences."

PPP's Khursheed Shah and PTI's Riaz Fatyana were among several lawmakers that addressed the session after Bilawal concluded his speech. Later, the NA session was adjourned till 4:00pm on Tuesday (tomorrow).