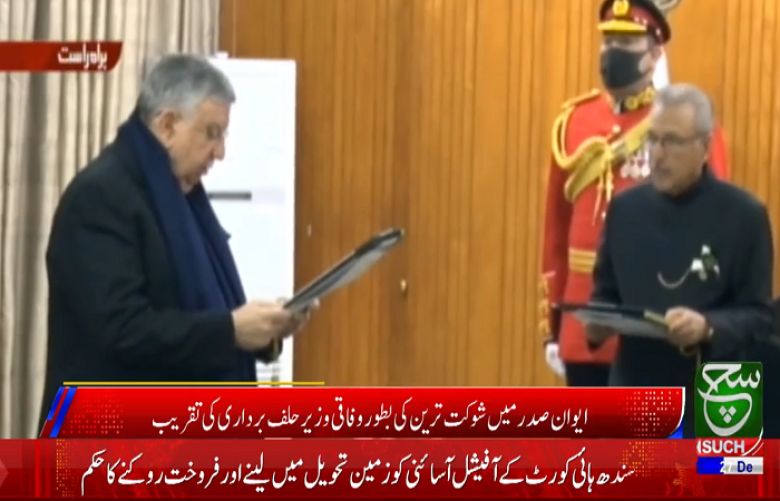 President Dr Arif Alvi on Monday administered the oath of office to Shaukat Fayaz Ahmed Tarin who would be holding the portfolio of Minister for Finance.

After the oath, the president extended felicitation to the newly-sworn in member of the federal cabinet.

The ceremony was attended by the federal and provincial ministers, State Bank Governor Raza Baqir and other senior government officers.

Earlier, adviser to the Prime Minister on Finance and Revenue Shaukat Tarin took oath as senator which was administered by Senate Chairman Sadiq Sanjrani.

It is to be mentioned here that Shaukat Tarin was elected senator from Khyber Pakhtunkhwa (KP).

Out of 145 members of the provincial assembly, 122 cast their votes during Senate by-elections. The finance adviser won the seat after securing 87 votes.