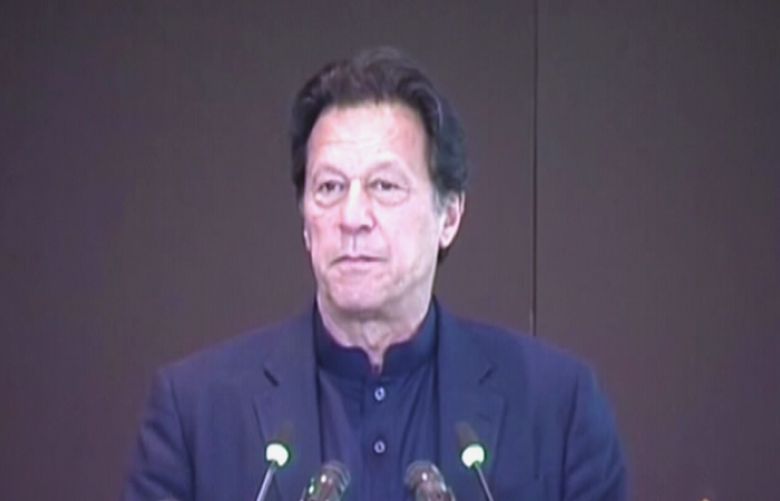 Prime Minister Imran Khan on Tuesday said that from now on, the government will not spare anyone found resorting to violence in the name of religion.

"From now on, if anyone is found using religion, especially resorting to violence in the name of Prophet Muhammad (PBUH), the government will not spare them," the premier maintained.

He said that Prophet Muhammad (PBUH) was sent as a blessing for the entire human race, not just Muslims.

He was addressing a condolence reference for the Sri Lankan national Priyantha Diyawadana at Prime Minister’s Office.

The foreigner, Diyawadanage Don Nandasri Priyantha, was working at a factory in Sialkot. Hundreds of people, including workers from the factory, had tortured him to death last week and later burnt his body over blasphemy allegations.

The event drew widespread condemnation from Pakistanis and the international community alike, following which the federal government had also on Monday decided to implement a comprehensive strategy to curb violence in the country.