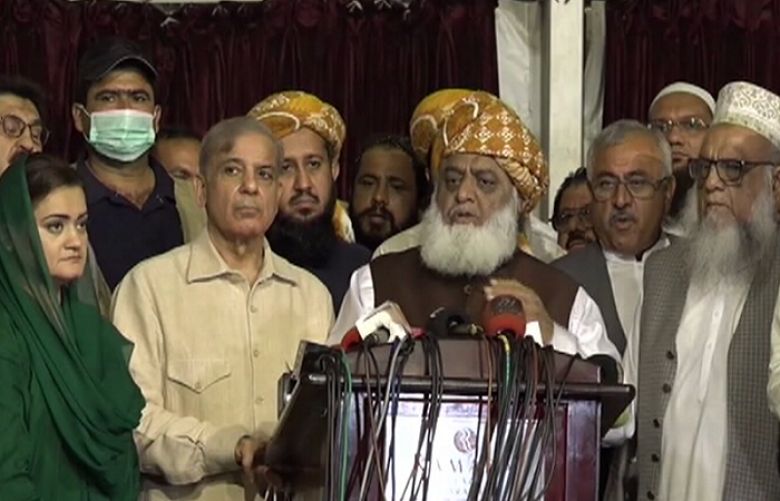 The steering committee of the Pakistan Democratic Movement (PDM) formulated recommendations for the long march and plan for resignations during a meeting chaired by PML-N leader Shahid Khaqan Abbasi, as the united opposition gears up to protest the incumbent government and rising inflation.

The PDM steering committee will present these recommendations before the heads of the alliance's political parties in a separate meeting.

During the steering committee's meeting, the members agreed that the PDM should organise a long march and its members of assemblies should tender resignations. However, the date and time for the march and resignations are yet to be decided and are expected to be finalised in today's (Monday) meeting under the chairmanship of PDM chief Maulana Fazlur Rehman.

Sources privy to the matter said that conventions and protest rallies will be held in all four provinces to prepare for the long march.