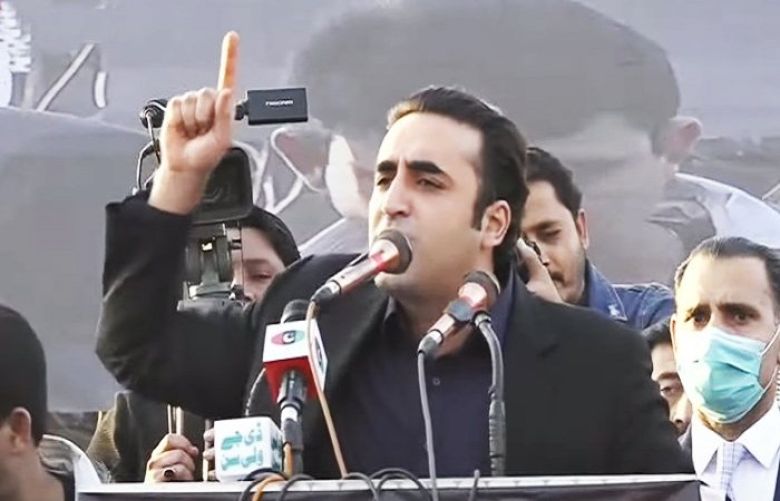 PPP and the masses will hold Prime Minister Imran Khan accountable for every misery he had incurred upon people, the party chairman, Bilawal Bhutto-Zardari said Tuesday.

Addressing the PPP's 54th foundation day event, Bilawal said this "complete failure of a government" is ruling the country and "toying with Pakistan's future and its people".

"After three years, every Pakistani is aware that 'tabdeeli's' real face is rising inflation, historic poverty, and historic unemployment. These are the antics of Khan, and this is 'Naya Pakistan'," Bilawal said.

The PPP chairman said when the government keeps "waiting for an umpire's directions", then pain is inflicted on the masses.

Talking about the recently gone viral tapes, which allegedly featured ex-chief justice of Pakistan Saqib Nisar and another of PML-N Vice-President Maryam Nawaz, he said: "Let the conspirators plot their conspiracies, let people leak tapes, we will struggle along with the people and foil every conspiracy."

Bilawal, reciting a poetic verse for PM Imran Khan, said: "Tumse pehle wo jo aik shaks yahan takht nasheen tha, usko bhi apne khuda hone par itna he yaqeen tha (the person who held the reins before you, was confident of being a god, just like you)."

The PPP chairman told PM Imran Khan that "only oppress people to the extent which you can yourself bear", as he reminded the premier that people who sat in his office earlier were also of the view that the country's future depended on them.

The PPP chairman said people who had earlier blamed PPP leaders for corruption and "phoned courts to take action against them", are now certified "thieves".

Bilawal asked PM Imran Khan to halt his "anti-democratic methods", as he vowed that in the upcoming local body elections, PPP and the masses would hold him accountable.

"Imran will not be allowed to run away. No plane would land late at night to fly him to Saudi Arabia or London," Bilawal warned the premier.

The PPP chairman announced that the party would hold countrywide protests against the constant increase in petrol price on December 10. On December 17, after Friday prayers, PPP workers would protest against the ongoing gas crisis at their district headquarters.

Following these, a historic rally will be held in Garhi Khuda Bakhsh, where an action plan against the incumbent government would also be announced.