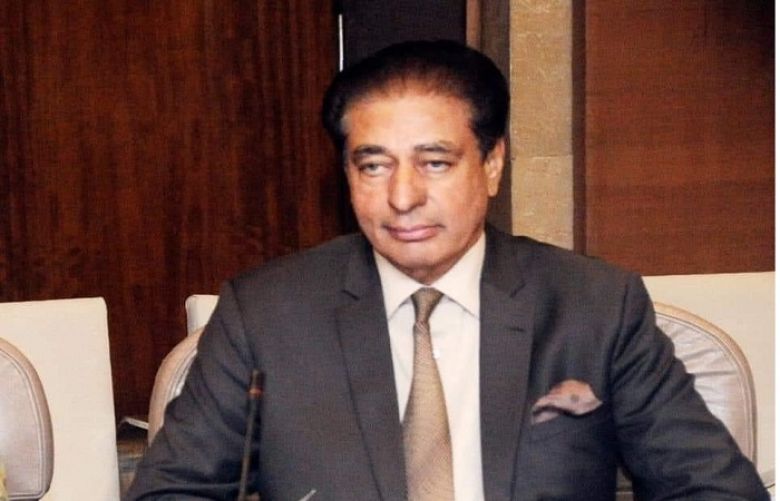 PTI MNA Riaz Fatyana has decided to take a “tough stance” in response to the show-cause notice issued by the party for allegedly making "unreasonable" demands at a recent climate conference in Glasgow (UK) and making "false" allegations against two members of the federal cabinet, it emerged Tuesday.

The notice was issued by the PTI’s Standing Committee on Accountability and Discipline (SCAD) on the complaint of Special Assistant to the Prime Minister on Climate Change Malik Amin Aslam last week.

During a meeting of the Public Accounts Committee on November 25, Fatyana had claimed that the PM’s adviser had a brawl with Minister of State for Climate Change Zartaj Gul while attending the climate conference in the UK.

According to Geo News sources, Fatyana has decided to take a "tough stance" against the allegations, saying he will not "tolerate any disrespect" and that if the party wants to fire him, so be it.

Sources said that he will present two witnesses, Rumina Khurshid Alam and Shiza Fatima, before the party in his defence.

The PTI MNA has said that he will "expose the truth" behind the show-cause notice issued by the party on Malik Amin Aslam's complaint.

"I stand by what I have said in front of everyone in the parliamentary committee," the sources quoted Fatyana as saying.

"How many more people [party members] were given show-cause notice in the committees who spoke against the ministers?" asked the PTI MNA.

Earlier, Malik Amin Aslam had brushed Fatyana's allegations aside, saying that Zartaj Gul Wazir had left the conference midway to head for the joint session of the Parliament.

"Riaz Fatyana has lied before the Public Accounts Committee," he had said. "Not even a single rupee of the government was spent at the conference. It was organised completely by foreign donors," he had added.

Aslam had said he wasn't aware why Fatyana had levelled the allegations, saying that the PTI lawmaker had arrived at the conference via an NGO's sponsorship and had demanded official protocol.

He had said the Ministry of Climate Change officials declined to provide him with the car, which had been reserved for the official delegation, after which he "harassed" the officials.

"The party should investigate Fatyana," he had stated.