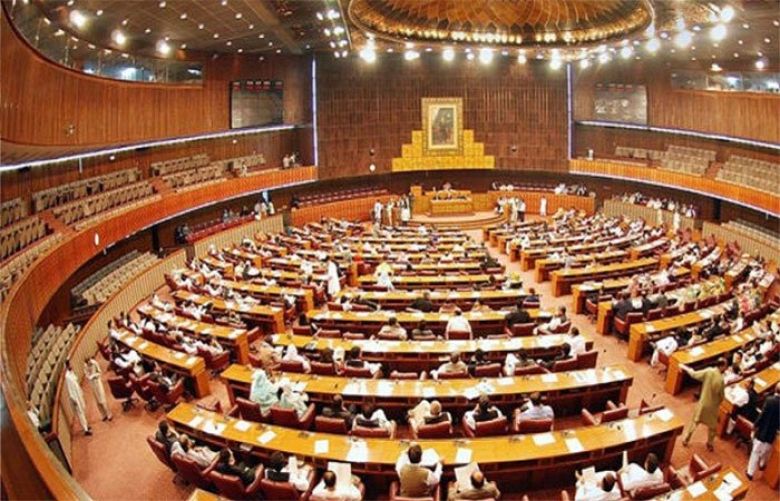 Senate Standing Committee on Information and Broadcasting has sought the details of media ads during PML-N's tenure after an audio clip of PML-N Vice-President Maryam Nawaz went viral, in which she was instructing someone to stop advertisements to four TV channels.

The committee's chairman, Senator Faisal Javed, took notice of Maryam's audio clip as Minister of State for Information and Broadcasting Farrukh Habib gave a briefing during the meeting.

The state minister said the Ministry of Information has started an inquiry after Maryam's audio clip went viral. A report, containing details of ads till 2008, would be furnished before the committee on Wednesday, he said.

Habib informed the participants of the meeting that the ministry's constituted committee is probing in what capacity did Maryam issue the directives to stop media ads.

"We are also probing whether the directives to stop ads had impacted the independence of journalism," the state minister said.

For his part, Senator Javed said "some channels were receiving a majority of the ads, while others were getting a negligible amount", as he lamented that media workers, due to non-payment of salaries, were forced to commit suicide.

Maryam, addressing a press conference earlier this week, had confirmed the authenticity of the viral audio clip. Replying to the question, the PML-N leader said that she will not deny that the voice is hers or say it has been “fabricated”.

“I was running the party’s media cell at that time and it is an old audio clip,” she said.

State-run PTV's managing director, as he spoke to the committee, said former pacer Shoaib Akhtar should not have been insulted on live TV. "The matter, however, has been resolved."

The “insult” of Akhtar on the state-owned TV channel last month had sparked anger among cricket fans. PTV Sports anchor Dr Nauman Niaz had told the cricket star to leave the show in the presence of cricket legends like Sir Viv Richards and David Gower.

PTV's MD told the committee that the incident had damaged the reputation of the state-run broadcaster, however, as the inquiry into the matter remains incomplete, Akhtar and Niaz are still off air.

The MD said Akhtar is a legend and he should be a part of the inquiry.

In response, Javed said the anchorperson should not have behaved in the manner that he did on state TV. Meanwhile, Habib said to serve another notice to Akhtar and wrap up the inquiry.

Javed told the PTV MD to submit the report to the committee after the inquiry concludes.