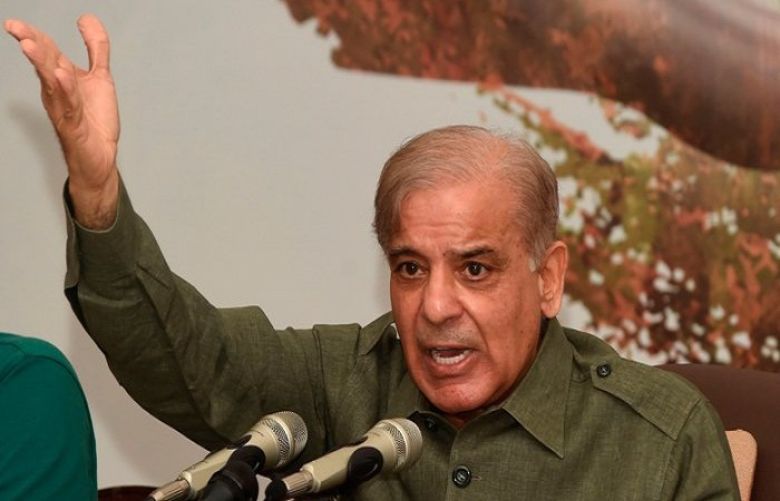 Terming the alarming upsurge of the value of the US dollar against the rupee a sign of "economic devastation", Leader of the Opposition in the National Assembly Shahbaz Sharif on Saturday said significant fluctuations in the rupee-dollar parity are due to the "lack of a sound economic policy" in the country.

The local currency on Friday closed yet again above Rs175 — near its all-time low against the US dollar.

According to a statement issued by the party, the PML-N president stated that when the finance ministry refutes the statement of its adviser and "false data" is released, then the "economy collapses like this".

While a record-high trade deficit is a "dangerous sign of economic catastrophe in the country", a historic high current account deficit is "evidence of economic misdirection", he said.

"If a people-chosen government was in power, this would not have been the case," he said.

Warning that the country has been pushed into an "economic abyss", he said that "if nothing is done soon, recovery will become another impossible thing".

The PML-N president said "doomsday-like" inflation would grip the country from December 1, as the dollar hike was "adding fuel to the fire of inflation".

"Economic devastation" is like a "poison" for a nuclear powered Pakistan, the PML-N president said, pleading the government to "open its eyes".

He said that the economic catastrophe currently prevailing in the country will create such a situation where everybody will forget about other issues, including the Financial Action Task Force (FATF).

"Pakistan's patriotic elements must think about the economic devastation the country is hurtling towards. Time is passing us by very quickly," he added.