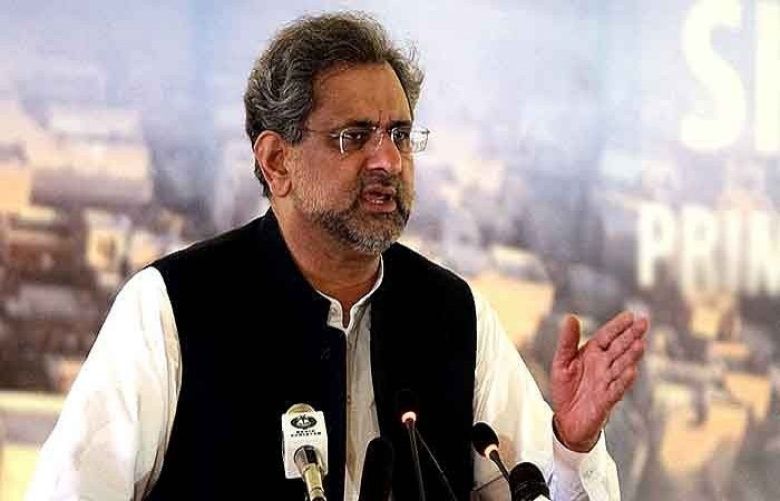 Former prime minister Shahid Khaqan Abbasi denounced the National Accountability Bureau (NAB), terming it a "tool" with which "kleptocrats change loyalties and save themselves".

"Where are all the kleptocrats? Where are the ones who made money? They sit in every government that is formed in Pakistan," he said, while addressing the Asma Jahangir Conference.

The PML-N stalwart went on to say NAB is about "victimisation" — not that of an individual, or a group of individuals, or even a political party. "The entity paying the price today are the people of Pakistan," he elaborated.

Earlier, at the start of his address, Abbasi said that the question of accountability or victimisation is something that is discussed a lot "but the reality of the situation remains unclear".

"It remains unclear because we deliberately cloud the facts. The laws are misused," he said, adding: "A few who stand up suffer, and the whole country suffers."

Abbasi said that although he does not want his speech to be some sort of a "personal narrative", he stood in accountability courts for 12 years and spent three years in jail. He said he does not regret what he said or did, "but two questions remain: what is the purpose of accountability and what has accountability delivered to the country".

Answering the two, he said the purpose is "very clear". He said since Pakistan came into being, there was always some form of accountability law, changing only in name over the years.

"There's been one consistency in all these laws — they don't apply to the people who created these laws."