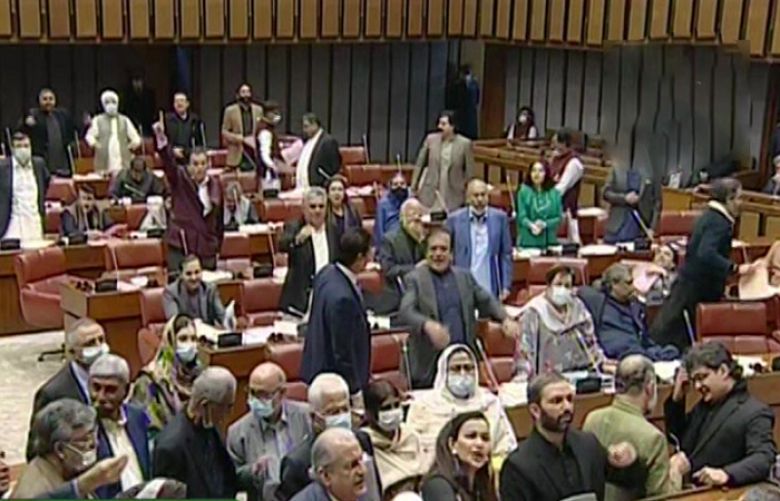 The government managed to have several bills passed in the Upper House of the Parliament, the Senate, Friday despite protests from the Opposition lawmakers.

The Protection of Journalists and Media Professionals bill was introduced by Federal Minister for Information Dr Shireen Mazari. The bill was passed after 35 votes were given in favour of the bill while 29 voted against it.

An independent group led by Senator Dilawar Khan also supported the government in its bid to have the bill passed.

The Opposition protested against the government's move to include the bill as an additional item in today's agenda, as Opposition lawmakers shouted "Rubber Stamp Parliament unacceptable".

Federal Minister for Human Rights Dr Shireen Mazari said that it had taken the ministry one year to formulate the bill.

The Upper House also approved the NAB Amendment bill, which was presented by Federal Minister for Law Dr Farogh Naseem. "This bill is not being passed for a single person, rather, it is for everyone across the board," he said.

Senate Chairman Sadiq Sanjrani was forced to adjourn the session after Opposition lawmakers, incensed at the bills being approved, surrounded the Speaker's dias and tore copies of the day's agenda.