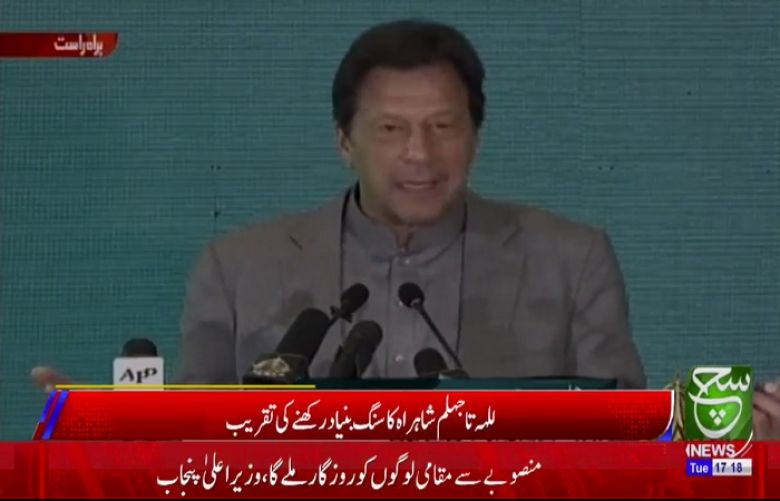 Prime Minister Imran Khan on Tuesday said he finds it surprising the Opposition is fearful of a machine, referring to the electronic voting machine the government aims to introduce prior to the next general elections so voting can take place transparently.

His remarks came during the launch ceremony of the Lilla Jhelum Dual Carriageway, which was inaugurated with the touch of a button on a large display screen by the premier.

"I was reflecting on the fact that we used technology and inaugurated this project with the touch of a hand, and that technology has come so far.

"I am surprised to see the Opposition [resist technology], insisting that voting take place traditionally," the prime minister said.

He said "the whole world" now uses technology for voting so it can be a better, more transparent exercise.

"I am surprised the Opposition have a problem with it; they are afraid of a machine or I don't know of what," PM Imran Khan said.

The premier said that in today's era, when information is simply a click away, a government's performance is plain for all to see.

"People can find out very easily who did what, what conditions prevailed when the government came into power," he said, adding that everyone can now see on their smartphones how Pakistan was deep into the country's "biggest deficit" and how it "paid back the greatest number of loans in the country's history".

PM Imran Khan said the government's aim was to first stabilise the country and then bring about long-term development.

"Countries advance when they think of future generations while planning," he said.

"They don't think of the upcoming elections. They think of our youth, which form 60% of our population, and what is to be done for them," he added.