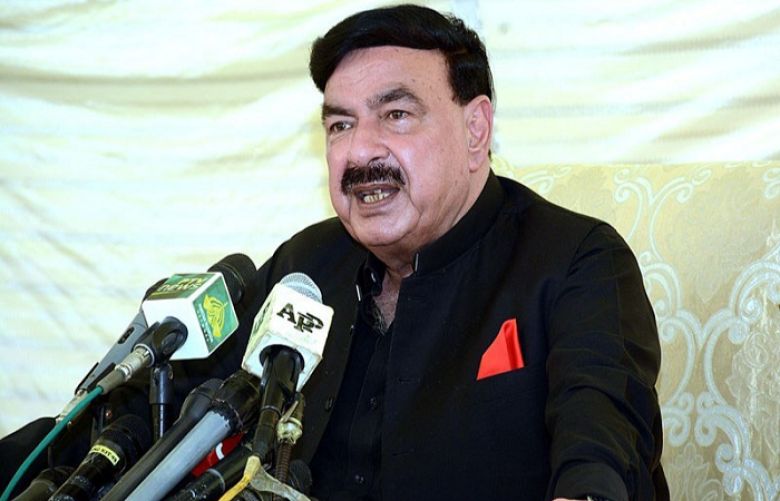 Federal Minister for Interior Sheikh Rasheed Ahmed said that the details of the agreement between the government and Tehreek-e-Labbaik Pakistan (TLP) will be revealed within a few days.

Speaking to the media in Islamabad, the minister claimed that all details regarding the agreement between both sides will be brought to the public's notice within a period of 10 days.
It may be recalled that the news of a deal being struck between the government and the TLP was announced on October 30 in a press conference held by officials from the PTI government's negotiating team.
Saylani Welfare Trust Chairman Maulana Bashir Farooqui, who was present during negotiations between the TLP and the government, said the agreement cannot be made public before the 10th day of the deal, even as he assured that its contents "do not go against the national interest".
Shedding light on the Pakistan Democratic Movement's (PDM) decision to hold a long march, Rasheed said that the actual time for the sit-in was when PDM chief Fazlur Rehman first visited Islamabad, and that the Opposition began protests "late".
The PDM last week announced protests across the country as well as a long march towards Islamabad against the government's "anti-people" measures and inflation.
"Now, if they plan a sit-in, they will be humiliated," he said, adding that it will take more than six months for PDM to warm up.
Rasheed said that the ongoing crisis in Afghanistan will negatively affect Pakistan. "Our economy is already going through testing times," he said.
Regarding the electronic voting machine, the interior minister said that his party Awami Muslim League supports Prime Minister Imran Khan.
"I am a supporter of the EVM," he maintained.
He told the media that the names of the Leader of the Opposition in the National Assembly Shahbaz Sharif and Fawad Hassan Fawad were already on the exit control list (ECL).
The minister also shed light on the surging inflation in Pakistan, saying that food prices are increasing worldwide.
However, he admitted that inflation is a real problem the government needs to deal with.
It is pertinent to mention here that according to the data released by the Pakistan Bureau of Statistics (PBS), the weekly inflation for the week ended November 11 registered an increase of 1.81%.
During the week, average prices of 30 essential items, including tomatoes, diesel, petrol, cooking oil, vegetable ghee, potatoes, etc., rose.