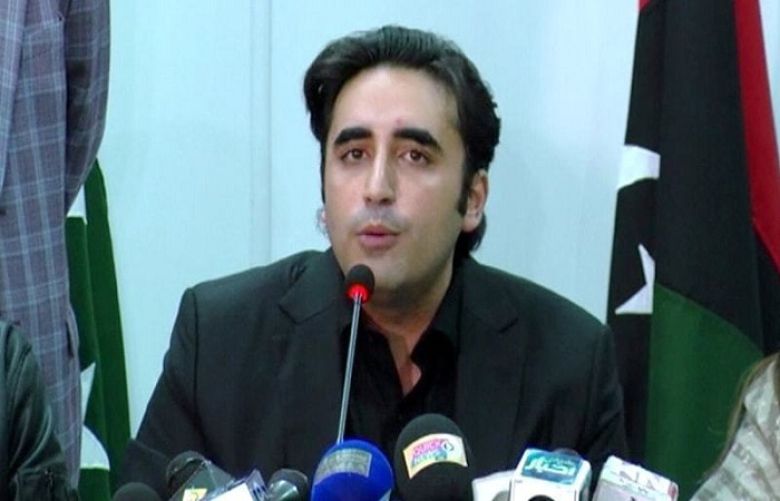 PPP Chairman Bilawal Bhutto-Zardari has criticised the PTI-led government for entering into an agreement with the banned Tehreek-e-Taliban Pakistan (TTP), alleging that the Parliament was not taken into confidence over the move.

"No one was taken into confidence on the issue of talks with the banned TTP and no consensus was reached in this regard," said Bilawal, speaking to Media.

"I had earlier criticised the talks with the banned TTP and I will do it again today."

The PPP leader also called into question the relevance of the president and the prime minister, saying that "who are they to hold talks with the TTP".

Bilawal lashed out at the banned outfit, saying that it had martyred Pakistan Army soldiers and the children of the Army Public School (APS).

Bilawal said that the Parliament will approve all policies related to Pakistan, asserting that such policies will be adopted through the consensus of all political parties.

Informing the media about recent developments in the peace talks on Monday [November 8], Federal Minister for Information and Broadcasting Fawad Chaudhry announced that the government and the proscribed organisation agreed to a complete ceasefire.

The Taliban-led interim government in Afghanistan has played the role of the mediator in the peace talks, the minister revealed.
“The government-TTP talks will be held in accordance with the laws and the Constitution of Pakistan,” said Fawad, adding that the ceasefire would be extended keeping in view the progress of the talks.

“It is gratifying that the areas of Pakistan [where the Taliban operated] are moving towards absolute peace after a long time,” he said.
Expressing surprise over Fawad Chaudhry's statement, PML-N leader Ahsan Iqbal said that the Parliamentary Committee on National Security briefing did not say that an agreement between the government and the TTP had been reached.

"[At the national security meeting,] we were told that there is an offer or possibility of talks. We have not been briefed that an agreement has already been reached with them," the PML-N leader said while speaking in the Geo News programme 'Aaj Shahzeb Khanzada Kay Sath' on Monday.

"The consensus of the [national security] meeting was that any such agreement should be approved by the Parliament alone."

He also censured the government, saying, "The government makes decisions which we come to know from the international media."

He also threw barbs at Prime Minister Imran Khan saying the Leader of the House remained absent from the important session. Iqbal alleged that the premier does not consider the Opposition worthy enough to sit with him.