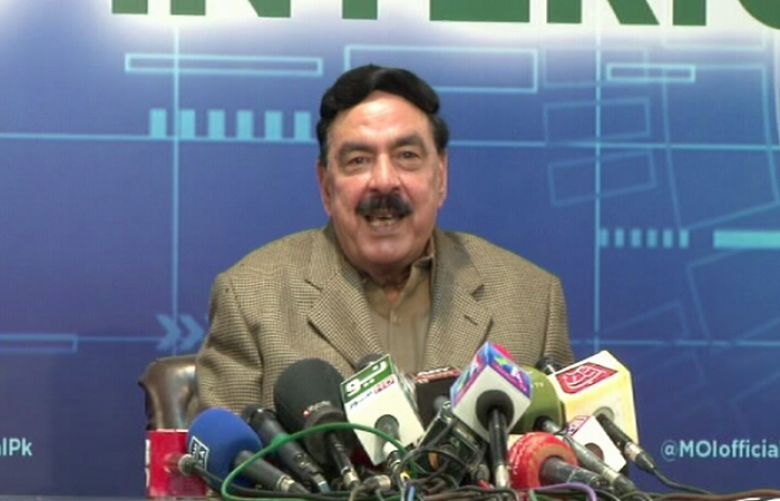 Interior Minister Sheikh Rashid said on Tuesday that the government had "no reservations" on any of the demands put forward by the banned Tehreek-i-Taliban (TLP) — which has been staging protests in the streets for the last several days — except for the shutting down of the French embassy and expulsion of the French ambassador over blasphemous caricatures of Prophet Muhammad (PBUH).

The minister, who was addressing the media in Islamabad after a meeting of the country's civil and military leadership, said there was agreement on all issues discussed with the TLP and it was decided that their demands pertaining to the French embassy and ambassador could not be accepted.

Accepting this demand would have consequences, he warned, claiming that since Pakistan was the biggest nuclear force among Muslim countries, "conspiracies are being hatched to impose sanctions on us".

"You all can see what our economic situation is and France is leading Europe. All European countries are supporting France," he said. Shutting down the French embassy here would affect Pakistan's relations with other European countries, he explained.

He reiterated that the government and TLP had reached an agreement on all other issues, while the latter had given a deadline for November 2 for the acceptance of this one demand.

All other issues raised by the TLP were not as big, he said. "And we stand by our agreement reached with them (TLP)."

Moreover, the minister said, the TLP had committed to end the protest and unblock roads today (Tuesday) by midnight.

"We are waiting for that, and I will get in touch with them again tonight at 8pm," he informed the presser. "After that, I will again talk to the prime minister."

He pointed out that the ongoing protest was the sixth demonstration being staged by the group,