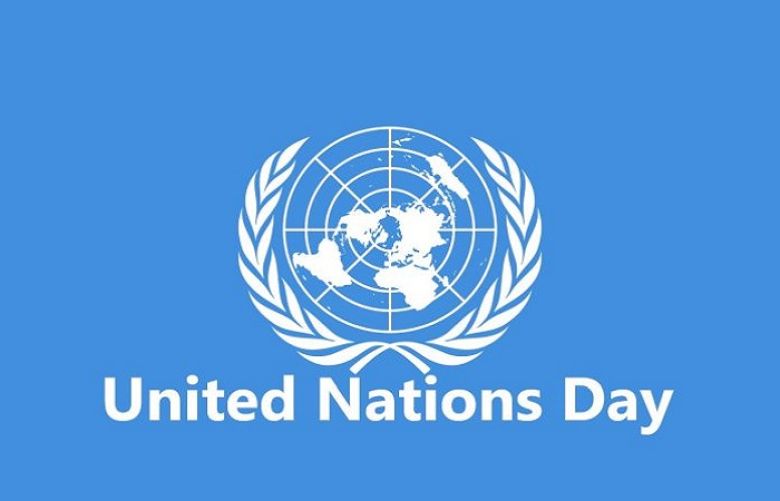 As the international community celebrated United Nations Day Sunday, Pakistan reiterated its call for the world to work towards the implementation of relevant UN Security Council resolutions on the Jammu and Kashmir dispute.

“It is deplorable that these universal ideals still continue to be defied with impunity across many parts of the world – nowhere more egregiously than in the Indian Illegally Occupied Jammu and Kashmir (IIOJK),” Foreign Minister Shah Mahmood Qureshi said in his message on the 76th Anniversary of the founding of the United Nations.

He said the just struggle of the people of IIOJK to realize their inalienable right of self-determination, guaranteed under several resolutions of the UN Security Council, is being suppressed with brutal force by an occupying power, Qureshi explained.

“As the most representative inter-governmental organisation, the UN is best placed to address the common issues faced by humanity including the contemporary triple challenge of the COVID-19 pandemic, the accompanying economic crisis, and the threats posed by climate change,” he said.

The foreign minister said inspired and guided by the vision of its founding father, Quaid-e-Azam Muhammad Ali Jinnah, Pakistan had always upheld the principles of the UN Charter.

The country had maintained a firm and abiding commitment to multilateralism, with the UN playing a central role for the promotion of international peace and security, sustainable development and human rights for all.

Qureshi said from being a top troop-contributing country to UN peace operations since 1960, to hosting one of the oldest peacekeeping Missions, UNMOGIP; from hosting millions of refugees for decades, to extending its support for just causes all over the world, Pakistan had been an ardent advocate of international cooperation, dialogue and peaceful settlement of disputes.

During the last two months, he said Pakistan played a key role in facilitating the evacuation and relocation of diplomatic missions, international organisations including UN agencies and entities, and others from Afghanistan. Pakistan continues to support the UN in the delivery and transit of humanitarian supplies to the Afghan people, he added.

The foreign minister said the UN Charter embodied a collective determination to uphold international law and peaceful co-existence. It also provides for the development of friendly relations among nations, based on respect for the principles of equal rights and self-determination of peoples, and to take other appropriate measures to strengthen universal peace.