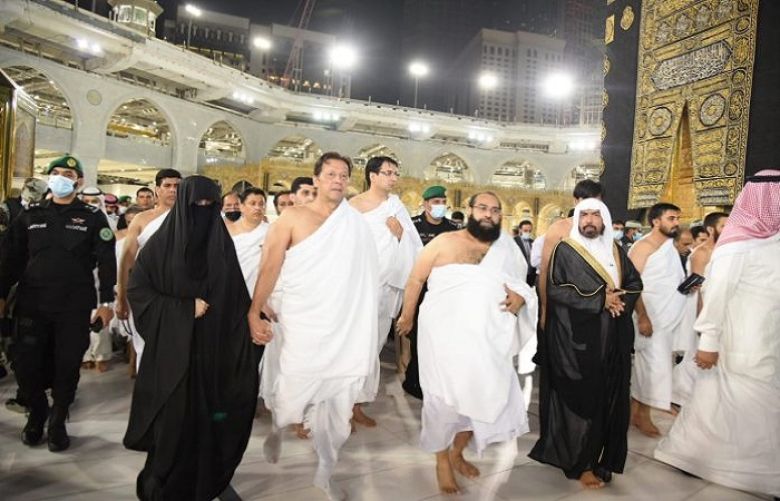 Prime Minister Imran Khan here on Saturday night performed Umrah along with his accompanying delegation on the first day of his three-day visit to the Kingdom.

The Prime Minister prayed for peace and prosperity of Pakistan as well as Muslim Ummah.

Earlier, soon after his arrival in Madinah Munawara in the evening, he proceeded to Masjid-e-Nabawi, paid his respects at Roza-e-Rasool (Peace Be Upon Him), offered Nawafil and prayed for the progress and prosperity of the country.

The Prime Minister arrived in Saudi Arabia on a three-day visit of the Kingdom to attend the launch of Middle East Green Initiative (MGI) Summit being held in Riyadh.

The Prime Minister, who was visiting the Kingdom at the invitation of Crown Prince Mohammad bin Salman bin Abdul Aziz, besides attending the Summit will also participate in Pakistan-Saudi Investment Forum and meet Saudi leadership.

He is also expected to have a meeting with Pakistan community members in Saudi Arabia.