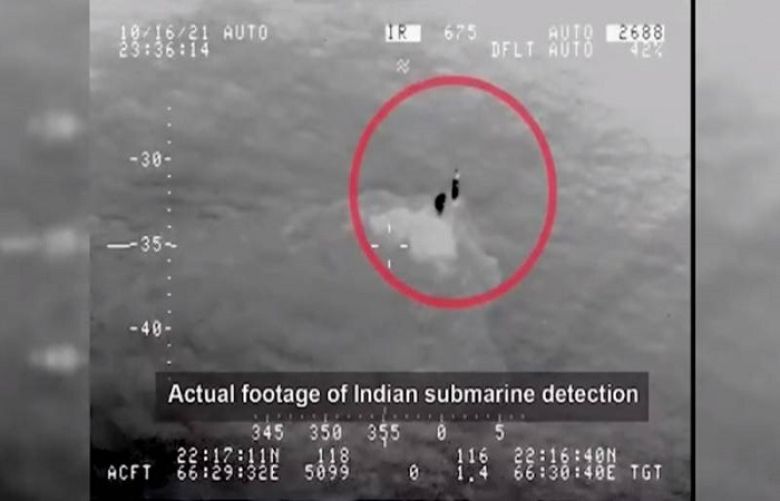 Pakistan Navy, in a demonstration of its professional competence and effective vigilance, once again thwarted an attempt by an Indian submarine to enter into Pakistani waters.

The incident took place on October 16, confirmed the ISPR, adding that the Indian naval submarine has been prematurely detected and tracked by the PN Long Range Maritime Patrol Aircraft.

"During the prevailing security milieu, a strict monitoring watch has been kept by Pakistan Navy to safeguard maritime frontiers of Pakistan," reads the ISPR's statement.

The ISPR pointed out that this is the third incident of its kind wherein an Indian submarine has been "prematurely detected and tracked by PN Long Range Maritime Patrol Aircraft".

"The recent incident reflects the deplorable Indian machinations vis-à-vis the commitment and resolve of the Pakistan Navy to defend maritime frontiers of the motherland," said the ISPR.