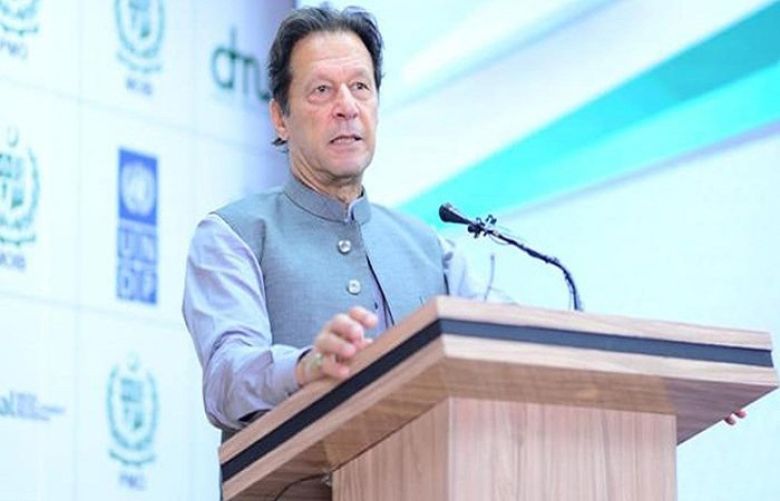 At least 250,000 job opportunities have been created in the country under the Naya Pakistan Housing and Development Authority (NAPHDA) programme, said Prime Minister Imran Khan on Thursday.

The prime minister made these remarks while chairing a meeting of the National Coordination Committee (NCC) on Housing, Construction and Development to review the progress made on existing and new projects.

During the meeting, PM Imran Khan emphasised that cadastral mapping is important to eliminate encroachments and enhance land revenues and contended that the provinces should expedite legislation to stop land-use changes and protect green spaces.

While taking a briefing from Surveyor General of Pakistan Maj-Gen Shahid Pervez, the premier remarked that cadastral mapping will help in the development of an authentic land record database and in clearly identifying the demarcation of land that would eliminate illegal encroachments.

Moreover, he pointed out that an authentic database would also contribute towards enhancing revenues received from lands. The PM said: “Land-use changes need to be checked where green vegetation areas are being converted into construction projects”.

He called on all provincial and AJK governments to expedite legislation to put a stop to land-use changes, saying protection of green spaces and agricultural lands is essential for environmental considerations and to safeguard food security.

However, construction projects will be allowed under regulations, he noted.

The NCC meeting was briefed that under phase-I of the mapping exercise, 90% digitalisation of state lands had been completed in Punjab, 96% in Khyber-Pakhtunkhwa and 50% in Balochistan.

The Capital Development Authority chairman said that with the help of cadastral maps, the CDA had started imposing fines on encroachers and the amount collected was being used for compensation of the masses defrauded by illegal housing societies.