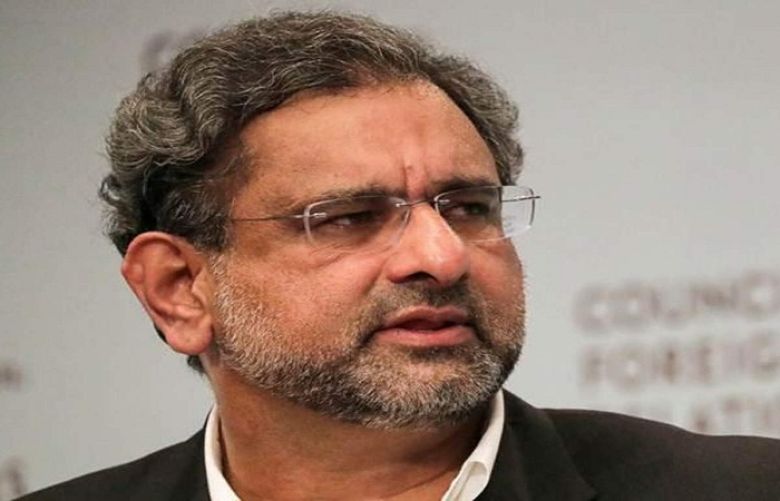 Referring to the recent controversy over the appointment of the new DG Inter-Services Intelligence (ISI), former prime minister and PML-N senior leader Shahid Khaqan Abbasi Tuesday advised PM Imran Khan not to interfere in the routine transfer and postings of the military.

Speaking in Geo News programme ‘Aaj Shahzaib Khanzada Kay Sath’, Abbasi said: "Postings and transfers in the armed forces have been taking place for the last 74 years according to the system, but you as the prime minister are interfering in it. Your position may allow you to do so but there is no precedent of it.”

Abbasi said he did not have much information about the government's stance. He said transfers and postings in the army was a routine procedure which should not be turned into a controversy.

The PML-N leader said the incumbent government was behaving the same way with the National Accountability Bureau (NAB), adding that it was also interfering in transfers and postings in KP and Punjab.

“The army has its own system and they decide on transfers and postings on their own. It is the choice of the army chief. If the army needs an officer somewhere, there shouldn't be any hurdle in it. This is the system which should be followed,” Abbasi added.

The former prime minister further said: "We don’t have any objection to it as we want the entire nation on the same page. If the postings, transfers and internal matters of an institution become the talk of the town, it weakens the institution."

DG ISI's appointment will be finalised amicably, says PM Imran
A day earlier, Prime Minister Imran Khan had chaired a meeting of the federal cabinet earlier during which the matter of the appointment of the DG ISI also came up, sources had told Geo News.

According to the sources, the prime minister had taken the cabinet members into confidence over the issue. They had said that the premier told them that there had been attempts to give the matter the wrong spin on the media.

PM Imran Khan had assured the cabinet that all the people concerned "are on the same page" and that the appointment will be finalised "amicably".

Later in that day, while addressing a post-cabinet press briefing in Islamabad, Federal Minister for Information and Broadcasting Fawad Chaudhry had said that the appointment of the Director-General of the Inter-Services Intelligence (DG ISI) had also been discussed in detail the previous night.

"A long meeting took place between PM Imran Khan and the army chief last night," Chaudhry had said, adding that the government shares "an ideal relationship with the military."

The information minister had said the prime minister and the army chief "share a good working relationship", and both sides are on the same page regarding the appointment.

"Any appointments that we make are after consultation, and we always fulfil all legal requirements [...] the new DG ISI's appointment will also be made after fulfilling all legal criteria," he had said.