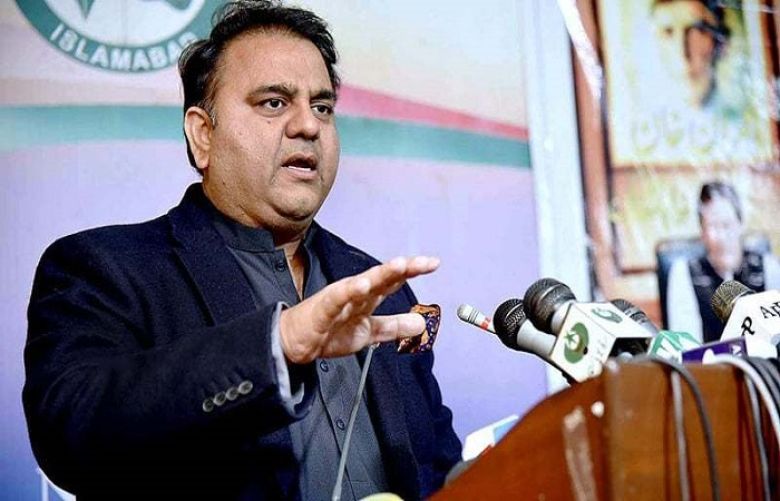 Federal Minister for Information Fawad Chaudhry on Wednesday announced that consultation between Prime Minister Imran Khan and Chief of Army Staff (COAS) General Qamar Javed Bajwa regarding the appointment of Director-General of the Inter-Services Intelligence (DG ISI) have been completed.

Taking to his official Twitter handle, the federal minister wrote: "Consultations between the prime minister and the army chief on the appointment of a new DG ISI have been completed and the process for the new appointment has begun."

He further said the civil and military leadership has yet again proved that all institutions are united for the country's stability, integrity and development.

On Tuesday, during a post-cabinet press conference in Islamabad, the federal minister had said that during the cabinet meeting — chaired by Imran Khan — the issue of DG ISI was also discussed.

"A long meeting took place between PM Imran Khan and the army chief last night," Chaudhry had said, adding that the government shares "an ideal relationship with the military."

"The prime minister shares a very close relationship with the army chief," he had said. "The Prime Minister's Office will never take a step that would hurt the reputation of the army."

The minister had said that the government will adopt a legal procedure to appoint the DG ISI and will ensure all constitutional requirements are fulfilled in this regard.

"It is the prerogative of the prime minister to appoint the DG ISI," he said.

A day prior, PTI's Chief Whip in the National Assembly Amir Dogar had said that PM Imran Khan wanted Lt Gen Faiz Hameed to continue as the director-general of the Inter-Services Intelligence (ISI) amid the evolving situation in Afghanistan.

"The prime minister wanted Lt Gen Faiz Hameed to serve for a few more months," Dogar, who is also the Special Assistant to the Prime Minister on Political Affairs had said during an interview with a private TV channel.

The chief whip had said the premier, during Tuesday's cabinet meeting, had mentioned that respect for the army and for the prime minister go hand in hand, adding the government wants to be on the same page with all the institutions.

The prime minister, according to Dogar, had noted that Lt Gen Nadeem Anjum was also a good professional soldier.

Dogar had said three to five names will be put forward before the prime minister and he will pick the new DG ISI from them. "The prime minister said he has no egoistical concerns (when it comes to the appointment.